A Taiwanese American politician who was sworn into office as a representative of lower Manhattan in the New York State Assembly on Wednesday has made history by being the first Asian American in history to represent Chinatown.

Yuh-Line Niou, a member of the Democratic party, beat out Alice Cancel to win the state assembly seat in November, which was previously occupied by Sheldon Silver. Silver kept the seat for over four decades before he left office in early 2016, after being convicted on federal corruption charges, according to The New York Times.

Niou — a 33-year-old who was born in Taiwan, grew up in Oregon and who moved to New York in 2010 to get her master’s degree in public administration — told The New Yorker that she decided to pursue a career in government because her mother once told her to “make herself useful,” a mantra she internalized.

“As hard as I think it is to navigate American politics, being the child of immigrants and having to deal with the shame of ostracization or whatever, I just have to think of my mom,” Niou told The New Yorker.

Many members of the Asian Pacific American community, such as Jenny Lam Low, a community relations executive from New York City, took to social media to express their sentiments.

“Congratulations Yuh-Line, the first Asian American Assembly Member from the [65th District], where 40 percent residents are [of] Asian descent,” Low wrote on Twitter, with an accompanying picture of her and Niou together.

Mai Dinh, a New York resident, said on Twitter that she is rooting for Niou’s success and that she’s “very interested in how Yuh-Line will represent and lead [her] district in Albany.”

Very interested in how @yuhline will represent & lead my district in Albany. I am rooting for her success https://t.co/sK2n5kToPS

Niou’s platform ran on increasing the minimum wage to $15 an hour, closing loopholes landlords use to deregulate apartments, stifling corrupt politicians and bettering public schools, according to Ballotpedia. 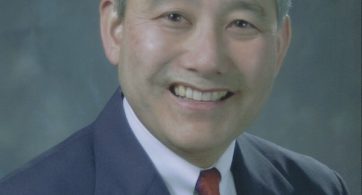 A prominent Asian American Seattle community and civil rights activist died Monday at the age of 67 after a public two-year battle with cancer. Alan Sugiyama, an outspoken advocate […]