Mirror, mirror on the wall, who has the most charisma, uniqueness, nerve and talent of them all? These ladies certainly do.

Drag queens are entertainers who boldly defy gender norms in the most extravagant and fabulous ways humanly possible. In honor of LGBT History Month, here are the top 10 Asian American drag queens that forever changed her-story:

This L.A. based force of nature absolutely killed it on season three of “RuPaul’s Drag Race” and garnered attention for her creative costume design, supermodel looks and unique, punk-rock spin on drag. Since her rise to fame, she’s made an appearance in the music video for Blondie’s single “Fun” and even guest-starred as herself on an episode of “The Simpsons.”

Born in Guam, Longah is a well-known LGBTQ activist and safe-sex advocate. In 2009, she founded the Rice Rockettes, an Asian American drag family, in San Francisco.

Runner-up on the third season of “RuPaul’s,” Luzon is an international drag queen with a big personality and a big sense of humor to match. Known for that stylish, Cruella de Vil-esque white swirl of hair, Luzon’s costumes cover everything from iconic, classic cartoon characters to her favorite foods.

Jujubee is known for her warm, honest personality and hilarious sense of humor. No one delivers more hysterical and accurate reads than Jujubee! Since being on “Drag Race,” she’s appeared in the music video for RuPaul’s song “Jealous of My Boogie” and in Xelle’s music video “Queen.”

Kim Chi’s describes her drag persona as “7′ tall, live-action anime character and high-fashion model” who hopes to transform drag into a fine art.  Specializing in beautifully executed costume design heavily influenced by traditional Korean clothing, Kim Chi is a force to be reckoned with.

Gunn made a name for herself for essentially being over the top. And she is. In the absolute best way possible. Are you feeling your oats today?

Blac started doing drag at the tender age of 15 and hasn’t looked back since. Blac often puts on a “dumb blonde” perona, but it’s obvious that with her knack for makeup and costume design, there’s more to this queen than meets the eye.

Originally born in Guangzhou, China, Hamasaki is a high energy performer who has made appearances on VH1’s “Big Ang,” CBS’ “Blue Bloods” and with Katy Perry on “Saturday Night Live.” Hamasaki also hosts a YouTube show called “Bootleg Fashion Photo Ruview” where she and guests comment on current seasons of “RuPaul’s.”

This queen was born in the Philippines and moved to the U.S. when she was 10 years old. Since her appearance on “RuPaul’s,” she’s gone on to release her own debut album, “T.H.O.T. Process.”

Born in the Philippines, Ongina is an HIV activist who made an appearance on the inaugural season of “RuPaul’s.” Ongina has become a beloved figure in the drag community not only for her talent, but for her openness, humor and honesty regarding her diagnosis. 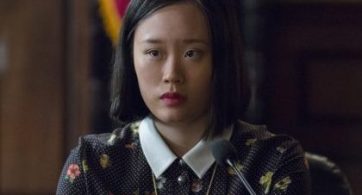 When Michele Selene Ang read the script for her latest role, in Anna Moench’s play “Man of God,” for Los Angeles’ East West Players, she thought, “I have to be a part […]