All the world’s a stage, and these standout Broadway actors made sure that the Asian American and Pacific Islander community had a chance to shine this year. Check out these 10 Asian Americans who are doing big things on Broadway!

Haterz gon’ say it’s fake 36 { M. } #mbutterfly #openingnight #corttheatre #songliling #what #a #journey #yall #we #are #ready #for #you #andrememberjoy

#internationalwomensday The Future Is Female. ❤ ⛑ ❌⭕️‼️

Phillipa Soo captured everyone’s attention when she stole the spotlight as Eliza on the smash-hit “Hamilton,” but this year, Soo proved that she could hold her own when she played the titular “Amelie” on Broadway. She is also currently performing as Rebecca in “The Parisian Woman.”

Ali Ewoldt, “The Phantom of the Opera”

In June last year, Ali Ewoldt became the first Asian American woman to play Christine in Broadway’s “Phantom of the Opera.” Before making history, though, Ewoldt had roles on “Les Miserables,” “The King and I” and “West Side Story.” Ewoldt’s mother is from the Philippines, and the Broadway actress has expressed her admiration for fellow Pinay Broadway legend Lea Salonga.

California native Eva Noblezada rose to fame for playing Kim in the West End revival of “Miss Saigon,” an operatic musical about a young Vietnamese woman who falls in love with an American G.I. during the Vietnam War. This year, Noblezada reprised her role in the 2017 Broadway production and was nominated for Best Actress in a Musical at the Tony Awards.

As I wake up here in Omaha for our final city, endless memories from this past year are flooding my brain. I thought I’d post this picture from our first day of tech last year and my first time getting to wear my original Ariel costume. She was beautiful and so tired (and retired after our first 6 months of tour) – but she was the armor for all the Ariel’s before me and so special. What a privilege it has been to step into these fins! #thelittlemermaidtour #ariel #throwback #suitup #mermaidup #mermaidsontheroad #5thlittlemermaid #thelittlemermaid #allthefeels #partofyourworld #techselfie #littlemermaidtour #finalweek #alreadynostalgic

Diana Huey was in the center of a small controversy earlier this year, when some parents argued that her character Ariel was not supposed to be Asian. Huey, however, disagreed with the criticism, and her stellar work as Disney’s undersea mermaid princess gave little girls even more power to dream. Huey will be playing the lead role in “The Little Mermaid”’s 2017 Broadway tour through November.

One more @aladdin – and then . Gobble. Gobble.

After leaving the cast of the musical “In Transit” in January, Telly Leung began his stint playing the titular street rat in Disney’s Broadway production of “Aladdin.” While initially he faced backlash from theatergoers for being a Chinese actor playing a Middle Eastern character, Leung found his own way of connecting with the musical when he learned that much of the original “Aladdin” tale was set in China.

We’ll look who’s here! Our original Iago @dondarrylrivera decided he missed me too much and had to come out on tour with me. He’ll be playing his hometown of Seattle before returning to the B’way cast. Filipino OG’s in da house! #AladdinTour @aladdin

Half-Filipino Adam Jacobs was, at one point, one of the only two actors of Asian descent performing in an on-going Broadway show. This year, he shared the lead role of “Aladdin” with Telly Leung in the 2017 production before having to depart from the role in February.

Conrad Ricamora, “The King and I”

Seeing the King and I last night in LA brought back so many great memories of our broadway run at Lincoln Center. Most of all it made me miss @ashleyparklady more than I can stand. Love u shmoop. Go see this beautiful show on tour.

Fans of “How to Get Away with Murder” may recognize Conrad Ricamora as Conor’s nerdy boyfriend, and he once again plays a hopelessly lovestruck character as Lun Tha in the 2017 Broadway production of Rodgers and Hammerstein’s “The King and I.” On top of his on-stage work, Ricamora also starred as Jack in “The Light of the Moon,” a film about a young woman trying to cope after a sexual assault.

Jon Viktor Corpuz, “The King and I”

When you are in NYC for your lil brother/old King and I roommate’s 21st birthday …you get cake!!! Happy birthday JVC!!! @jonviktorcorpuz

Jon Viktor Corpuz has been vocal about under representation of actors of Asian actors on Broadway, so it comes as no surprise that he has been especially gratified to be able to play Prince Chulalongkorn in Rodgers and Hammerstein’s “The King and I” this year.

Lea Salonga is best known as the original Kim in “Miss Saigon,” a role that made her the first Asian woman to win a Tony Award and an inspiration to Broadway actors, but Salonga doesn’t rest on her laurels. More recently, she starred in “Allegiance,” a musical about one family’s experience of Japanese internment during World War II, and is set to star in the upcoming musical “Once on This Island.” 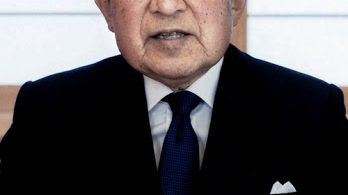 TOKYO — Japan’s much admired Emperor Akihito is set to abdicate on April 30, 2019, at age 85 in the first such departure from the Chrysanthemum Throne in about […]