Defining the Asian American experience can be tricky. Percy Bysshe Shelley, the 18th century poet and writer, once said that poetry “is a mirror that makes beautiful that which is distorted.” Indeed, a diverse community such as that of Asian America makes for many a fragmented and distorted experience. And yet, there is poetry to be found in all of it.

Read on to discover 10 powerful slam poems about the Asian American experience:

Written by “Kim’s Convenience” producer Ins Choi, this slam poem about the struggles of having “lean eyes” in Hollywood is dedicated to Daniel Dae Kim and Grace Park following news of their exit, in part due to unequal pay, from CBS’ “Hawaii Five-0.”

Watch how Alex Dang responds to a question many an Asian American has oft been asked.


3. “To JK Rowling, from Cho Chang” by Rachel Rostad

Ramana’s poem responds to the xenophobic comments that populated the web after an Indian American woman won the “Miss America” pageant.

This powerful poem for anyone who has slowly lost their ability to speak their mother tongue after years spent trying to assimilate.

Any girl who has ever heard a guy say “I love Asian girls!” can relate.

This one is for every Asian American who ever had their name misspelled by a Starbucks employee.

As one of the newest immigrant groups in the United States, many second generation Asian Americans can’t get away from the experiences of first generation parents.

Kevin Yang has the best response to people telling him to “go back where he came from.”


10. “Off Brand” by Spencer Brownstein

If you grew up half-Asian and half-white, you’ll know exactly what Spencer Brownstein means by “Off Brand.” 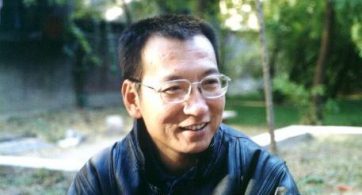 SHENYANG, China — Imprisoned for all the seven years since he was awarded the Nobel Peace Prize, Liu Xiaobo never renounced the pursuit of human rights in China, insisting […]