Choreography is a fundamental element of the K-pop package; both veteran and emerging acts aim to impress every comeback. This gives fans the opportunity to witness mesmerizing routines from their favorites, and female artists in 2018 surely did not disappoint. Girl groups and solo artists alike have been criticized for seemingly simple dances compared to their male counterparts, but these girls prove that K-pop choreography is anything but easy. BoA’s upside down strut alone is arguably one of the most iconic dance moments of all time. Here are 13 more of the most exciting girl group choreographies this year.

Cube Entertainment’s (G)I-DLE has built a reputation as one of the year’s most impressive rookies. “HANN (Alone)” rides off of the success of the group’s explosive debut, “LATATA,” and showcases a more feminine, mature dance. The song is primarily Middle East-influenced, which explains the variations of body rolls and the particular attention to hand gestures. The girls cleanly execute their fluid moves, and their formations are impressively symmetrical.

MOMOLAND had a stellar year, with their January release “BBoom BBoom” garnering over 270  million views and counting on YouTube. “BAAM” also took the world by storm, steadily heading towards 120 million views. However, the latter tops the former choreography-wise for incorporating an impressive shuffle routine in the chorus. Their two releases are sonically similar, but the dance for “BAAM” shows growth through more complex formations and a more confident delivery.

OH MY GIRL’s bubbly concept may cause K-pop followers to gloss over their rigorous choreography. “Secret Garden” is a feminine and deceivingly dainty comeback that looks like it came straight from a fairy tale. But what stands out with this dance is the incredible imagery that the members create with their arms. They’re also not afraid to compromise synchronicity for differing poses and expressions, creating a story within the routine. Note the awesome waacking bit during the bridge.

With “Puzzle Moon,” GWSN, or Girls in the Park, evokes nostalgia for the electropop, tropical house that veteran K-pop  group f(x) tackled best. The dance is just as satisfying, with seamless roll offs and interactive formations that are so fun to watch. Even the first two eight-counts are fascinating — they initiate an accordion-style floor slide towards the center girl before crossing their arms together only to twist around to reveal a star. While some of their lines are and arm movements slightly differ in some parts, their performance is still compelling enough to keep you glued until the last pose.

While “Gashina” had Sunmi bitterly asking why her lover dared to leave her, “Heroine” accepts the pain and exposes her vulnerability toward this person. The dance mimics the song — initially striking but defenseless underneath. She literally opens herself up by stretching out her entire body at the beginning of the second verse. The couple dance during the pre-chorus symbolizes the push and pull of their relationship, and the chorus erupts into a compelling breakdown with her backup dancers. It ends with her returning to her chair alone, where her fate is left open to interpretation.

CLC has become one of the most exciting groups to follow in K-pop. Their 2018 release, “Black Dress,” tackles a much darker, more mature image and sound than before. The track itself is demanding and intense, but the girls reply with the powerful execution of their moves. Lead dancer Seungyeon especially steals the spotlight with her solo after the first chorus.

The members of TWICE aren’t quite recognized as the best dancers in the industry, but “Dance The Night Away” is definitely bolstering the group’s reputation. The girls brought fancy footwork to this booming summer anthem. At times, it resembles a cardio workout. The song is fun and cheery, but the dance is all business. They seamlessly transition through each section of the dance and look effortless doing it.

Pledis Entertainment failed to give fans a PRISTIN comeback in 2018, but sub-unit PRISTIN V’s debut was one of the strongest this year. This piece really highlights each member’s part by naturally directing the eye with movement to where it’s supposed to look. It’s both hard-hitting and sensual without looking tacky. Also, the choreography is different for the first half of every chorus throughout the song, which makes it extra exciting to watch since one is unable to anticipate what comes next.

Larger groups always take a little more coordination than others, but the creativity in their choreographies is some of the most fascinating to watch. “Hi High” somehow mashes all of LOONA’s 12 personalities together, delivering a upbeat pop track that seems to go 100 mph. The dance is equally perky as members scramble in and out of formations. But the girls’ moves are complemented by cute facial expressions, which makes this routine look easy for the rookies.

This is the choreo that had everyone talking as it dared to go where others wouldn’t think to. Hyolyn’s re-entry into the industry as a solo artist under her own label turned heads and garnered mixed reactions from viewers worldwide. Her American choreographer Aliya Janell dances alongside her, and although the practice video is tamer than the music video, it doesn’t retract from the sexiness the women deliver — all in high heels, too.

Unlike other K-Pop idols who may learn how to dance when training, Chungha’s natural ability shines through with her distinct choreography style. “Roller Coaster” borrows some familiar elements from her previous work, like waaking and floorwork. But the follow-up to her debut increases in both intensity and complexity while maintaining Chungha’s fun, flirty image. Props should be given to the backup dancers as well. They work well in framing and highlighting Chungha as the center of attention.

In this particular routine, Dreamcatcher’s rock-pop musical style is contrasted by the group’s sleek fluid moves. This piece is truly unique because of the incorporated props and the dedication to the group’s horror theme; the girls use handkerchiefs to mimic choking oneself. The definitive standout moment comes when Dami magically makes a long stick appear out of thin air, twirling it and rapping simultaneously.

With 13 members, Cosmic Girls has the manpower to construct really intricate choreography, which always makes the group so exciting to anticipate, and “Dreams Come True” delivers. The girls excel at seamless roll offs, which are employed throughout the piece. The standout section is definitely the breakdown during the bridge when the girls are in a straight line then continuously link up until they form a circle around the center member. It’s truly satisfying to see the group execute this highly difficult dance so effortlessly. 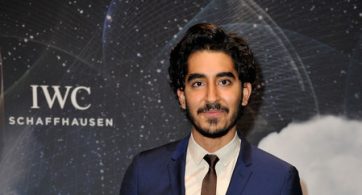