Set in India, “Monkey Man” is the story of an ex-convict who navigates a world “enmeshed in corporate greed and eroding spiritual values,” according to Deadline.

Patel will also star in and co-produce the film, which he co-wrote with Paul Agunawela and John Collee, according to Deadline, due to kick off production in spring next year.

The Indian British actor, who earned an Academy Award nomination for a critically acclaimed turn in the 2016 film “Lion,” is best known for playing the leading role in Danny Boyle’s “Slumdog Millionaire.” 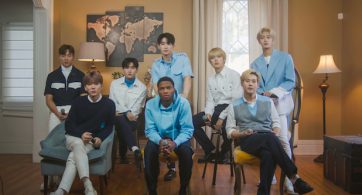 In a highly anticipated crossover, K-pop group MONSTA X teamed up with American R&B singer Gallant in the mini-documentary “When You Call My Name.” Produced by Rakuten Viki and […]