Happy National Pizza Day! If you think you have had enough of this well-known Italian savory dish, then you definitely haven’t tried these Asian recipes. Let us take you on a tour of four delicious meals from Asian cuisine that we have tried and loved. While the concept of these foods are quite different from what we’re used to in a pizza, the dishes below encompass the same elements—a wheat or flour base, protein toppings and high heat to accomplish the appetizing final product.

This Japanese savory pancake has a flour base, relatively resembling a conventional pizza. Eggs, water and cabbage are then added to the batter to create a unified texture. As its name can be loosely translated into “to one’s liking,” toppings vary from meat and seafood like pork, octopus or shrimp to veggie options like yam or kimchi — a similar process to choosing toppings for a pizza. The dish is then pan-fried, tossed and turned till crispy. Okonomiyaki would not be the same without its distinctive sauce—a combination of Worcestershire and oyster sauces, and honey or maple syrup. Try making okonomiyaki at home today with this recipe or stop by your nearest Japanese restaurant to order a sizzling hot serving.

You may know it as “Korean pancake,” but Koreans call it buchimgae. This dish also contains a batter mixture of flour, water, salt and eggs. Toppings can be as common as kimchi, or if the cook wants to be adventurous, they can opt for seafood. Buchimgae sauce doesn’t have to be complicated, as you can just dip it in soy sauce and boom, the taste is perfect! Buchimgae is found in almost every Korean restaurant, served as a wholesome appetizer, a great snack and a healthy choice (if you opt for the veggie one).

“Nướng” in Vietnamese means grilled, and this might be the closest to the pizzas you’re familiar with. A popular street food in southern and central Vietnam, bánh tráng nướng boasts a delicious combination of protein (pate, beef jerky, quail egg, sliced sausage, dried shrimp), veggies (corn, scallions) and carbs (butter, cheese and grilled rice cracker as the base). You might be shocked at how many ingredients go into this dish, but don’t worry, because they’re all portioned perfectly. The fun in eating this is watching the rice cracker go from floppy and translucent to crunchy and golden (watch the video and see for yourself). While it may be difficult to find a place outside of L.A. or Little Saigon that sells bánh tráng nướng, you can make it at home using this recipe.

Cong you bing, or scallion pancake, is a Chinese staple and you’ve probably come across it already in a dim sum restaurant. This recipe contains easy-to-find ingredients like flour, water, sesame oil, scallions (of course) and cooking oil. However, the cooking process is comparatively more sophisticated than the okonomiyaki or buchimgae as the dough needs kneading, resting and rolling, just like a pizza would. To make for an even better eating experience, try pan-frying the batter until flaky. Soy sauce is usually the number one choice for dipping, but if you crave something spicy, don’t hesitate to add some hot sauce or fresh chilies. 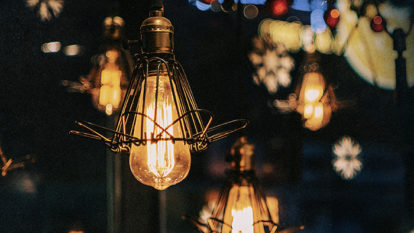 With enchanting beats and a soulful blend of Korean and English, schld and Aso’s “believe in myself” will take your mind through a gentle waltz that tugs on your […]