The Marvel Cinematic Universe is about to get way more Asian.

Rumors are stirring that casting calls have begun for “Shang-Chi,” the first Marvel movie to feature a Chinese superhero at its helm. Think “Black Panther” meets “Crazy Rich Asians” meets “Enter the Dragon.” Although a firm release date hasn’t been set yet, “Shang-Chi” will likely drop sometime in the early 2020s. Shang-Chi is Marvel’s “Master of Kung Fu” and a member of the Avengers in the comics. We’ve compiled a list of the top five actors who would karate chop the role. Thank goodness Scarlett Johansson isn’t in contention since she’s starring in her own upcoming Marvel film “Black Widow.”

The character Shang-Chi is based on Bruce Lee, so who better to play the superhero than the most recent actor to portray the legendary martial artist? Enter Mike Moh, a fifth degree black belt in taekwondo and handsome family man who grew up in St. Paul. Moh’s MCU debut went less than stellar. In the disastrous television series “Inhumans,” he played the green-faced, bald-headed Triton. With his background in martial arts, Moh deserves a second chance with Marvel after playing a low-budget Stanley Upkiss. Don’t forget that Chris Evans and Michael B. Jordan both flopped as the Human Torch before their show-stealing roles as Captain America and Killmonger respectively.

Rumored to be on Marvel’s shortlist for potential Shang-Chi’s, the Singapore-born star has experience with superhero blockbusters, starring in this year’s DC film “Shazam!” As one of Hollywood’s ascending Asian American stars, Butler brings that potent package of looks, charisma and star-power that MCU leads are known for. While he might not have the same kung-fu acumen as the other actors on the list, he told Teen Vogue that he does, in fact, know martial arts. Despite his aspirations to play less traditional Asian characters, Butler could thrive as Shang-Chi given Marvel’s propensity to tone down racial stereotypes from its comic book source material. Plus, if Marvel needs to pull a “War Machine” with Shang-Chi, they can just cast Charles Melton.

Marvel goofed the first time by overlooking Tan as the Iron Fist so this is a second shot at redemption. Since the actor was snubbed for another generic white savior story, Tan has seen his star rise thanks to his part in “Deadpool 2” and an upcoming role in “Wu Assassins.” He’s a prolific martial artist, with knowledge of kung fu, Muay Thai and jiu jitsu, and his clean-cut looks make him a strong candidate.

Tan’s co-star from “Into the Badlands” also seems destined to play Shang-Chi. Wu is one of the best on-screen martial artists in the game right now, boasting a deep background in wushu. His talent is co-signed by Jackie Chan, who thinks of him as a son. Haters will bring up the “Tomb Raider” star’s age, but “Black Panther” has shown Marvel is willing to cast older actors as leads if the talent is present. Wu is only three years older than the Black Panther Chadwick Boseman, and both men could pass for being in their late-20’s without effort. Plus, he’s a man of many hats. Wu could contribute to the movie’s set design and soundtrack with his architecture background and his boy band Alive.

The “Power Rangers” star has been lobbying hard for the role since the end of last year. It looks like his efforts are paying off, as reports say that Marvel is eyeing him hard, and not just because of his marvelous six-pack. With a strong background in martial arts and a superhero flick pedigree thanks to his appearance in “Aquaman,” Lin is a phenomenal choice to replace Chris Hemsworth as the Avenger’s shredded hunk now that Thor is less than “ab-tacular” these days. 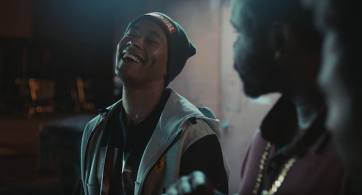 Ah… summer—the season of hot, sweaty nights and making regrettable choices with a Tinder match. But are you single this summer? Don’t feel too bad. These seven eligible Asian […]