With Filipino History Month coming to a close on Halloween, we’re here to celebrate the spooky season with some spine-chilling urban legends from the Philippines. Circulated in fearful whispers and subsequently adopted into local superstitions, these stories are sure to give you the heebie-jeebies. But whether these tales are real or figments of peoples’ imaginations, we’ll leave that for you to decide…

Open karaoke bars are extremely popular hangout spots in the Philippines. But interestingly, Frank Sinatra’s  hit song “My Way” is avoided or outright banned in these locations. In fact, many people in the Philippines consider the song to be cursed. Starting in 2002, the song was linked to a number of strange and bloody murders throughout the nation, with several accounts of patrons choosing to sing the song and then being slaughtered by another customer during or immediately after their performance. After a 2007 incident in which a security guard shot a 29-year-old man while he was singing “My Way,” news of the curse spread like wildfire.

Karaoke bars started removing  “My Way” from their song lists, and to this day, fear of the “My Way” curse has persisted.

To tourists and those passing through, Mount Cristobal may seem like any other peak seen throughout the Philippines. However, locals call it Devil’s Mountain for a reason. Many hikers have attested to being overcome by an eerie sensation when they approach the mountain, and so decided not to climb it.

Those who have chosen not to trust their intuition have scarcely lived to tell the tale. An American tourist who camped on the mountain with two friends saw one of his companions pulled over a cliff by a malevolent force. While trying to descend the mountain, the tourist lost sight of his other friend and became lost for four days, but eventually, it seems Mount Cristobal loosened its grip on him. One body was found at the base of a cliff, but the third tourist was never to be found. He remains unaccounted for to this day, another lost adventurer claimed by the Devil’s Mountain. Today, Mount Cristobal is closed indefinitely for hiking.

Balete Drive is an undivided, two-lane street of Quezon City in the Philippines, and serves as a major route for taxi-cabs and jeepneys (mini-buses). The street was once lined with spooky-looking balete trees, believed to be homes for spirits and other supernatural creatures. Balete Drive is also famous for being a supposed residence of the White Lady, arguably one of the country’s most famous ghosts. The apparition is described as a woman wearing an all-white dress with long, black hair that hangs in front of her entire face.

While there are countless renditions and variations of this urban legend, most people will say that the White Lady is there to haunt taxi drivers due to a tragic or untimely death. Some believe that the ghost is a teenage girl who was buried near a balete tree after being run over by a taxi driver in the dead of night. Another variation claims she was a student at the University of the Philippines who was killed by a taxi driver, and her spirit now roams the street, searching for her murderer.

Some people claim that the White Lady makes appearances in the rear-view mirrors of taxi cabs, her face covered in blood or bruises. On other occasions, she is known to ask cab drivers for a lift and then disappear suddenly without a trace. Other times, she simply appears to those brave enough to make the trek down Balete Drive alone at night.

The invisible city of Biringan supposedly lies somewhere on the island of Samar, the third-largest and seventh-most populous island in the Philippines. According to Pinoy legends, Biringan is the mythical homeland of engkantos, environmental spirits that can take on human form.

The enchanted city is said to be under a powerful invisibility spell, and is only accessible by mere chance, or if you happen to be invited in (or abducted) by an engkanto. Allegedly, there are seven magic portals to Biringan, one of which is an ancient, gigantic tree in northwest Samar. The invisible metropolis is described as extremely technologically advanced, filled with towering spires and buildings that reach into the clouds. All purposeful efforts to locate the city have proven fruitless to this day. Sailors have claimed to glimpse a dazzling, never-before-seen city on the horizon at night, but the image disappears in the blink of an eye. Motorists driving in rural areas at night suddenly find themselves momentarily transported to an ultra-modern metropolis. Other drivers have recalled picking up strange passengers offering to pay three times the normal fare, asking to be transported to destinations way off the main grid.

Whether or not the city truly exists, Biringan continues to evoke an aura of mysticism whenever it is mentioned.

The Dominican Hill Retreat House, commonly known as the Diplomat Hotel, is an abandoned structure atop Dominican Hill in Baguio city. Today, it is listed as the Heritage Hill and Nature Park Garden and is currently undergoing rehabilitation through Baguio’s city government.

The Diplomat Hotel is a go-to spot for ghost hunters from around the world, and has also been featured in a number of documentaries due to its dark history. Believed to have been built during the early 1900s, the hotel was first intended as a vacation house for Spanish priests and nuns. But upon the Japanese invasion of Luzon Island during World War II, the retreat house became an infamous site when Japanese soldiers took over the house and murdered its inhabitants. After World War II, the retreat house was converted into the Diplomat Hotel. However, its tragedies were far from over. The inn suffered a major fire in 1984 that killed a number of guests.

Numerous people who have worked at or visited the hotel have attested to terrifying encounters. Most people describe a heavy feeling of being watched while staying at the hotel, while others have claimed to spot sightings of ghostly nuns, priests or children. 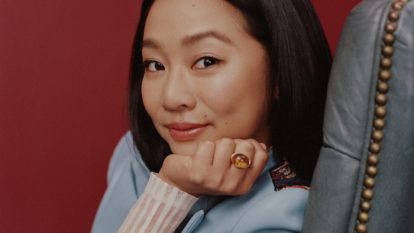 The “Everything Everywhere All at Once” breakout star is set to join Ryan Gosling and Aaron Taylor-Johnson in a new action film directed by David Leitch.