Who isn’t excited about Disney’s plan to make a live-action Mulan film? While discussing my excitement with a friend, she addressed a major point I was overlooking. Yes, the tale of Mulan is legendary for numerous reasons, but Mulan is popular in China not because she was a woman who fought. You see, there were plenty of fighting females in China and plenty of famous Chinese female warriors. Instead, the reason why Mulan is famous is because she was willing to go in place of her father, risking her life and reputation.

Born during the ancient Shang Dynasty (1300-1046 BC), most of what we know about Lady Fu Hao are records written on ancient oracle bones that were found at her tomb. The wife of Emperor Wu Ding, she was known to both participate in religious ceremonies and fight as a general in many battles. When she died, Lady Fu Hao had the distinction to be buried in a tomb separate from her husband, a sign of how well-regarded she was.

Not all warriors have to be good, right? While female pirates weren’t unheard of in China, Ching Shih was the most fearsome and legendary of all. She started off as a prostitute in Canton where she met her husband-to-be Zheng Yi. She took over his command after he died. During her pirating career peak, Ching Shih commanded 1800 ships and 70,000-80,000 pirates under a strict zero-tolerance-or-your-head-will-get-chopped-off policy. In the end, her crew grew to be so formidable that the Emperor offered her amnesty, after failing to defeat her fleet for two years with the aid of the British, Dutch and Portuguese. Ching Shih accepted the amnesty and lived until 69 in peace, managing her own gambling house/brothel. Some people do get their happy endings.

Like Ching Shih, Tang Sai Er was considered an outlaw by the Chinese government at the time, but for a different reason. During the Ming Dynasty (1368-1644), Tang Sai Er led a peasant uprising against the Ming government after she saw that the peasants were essentially forced into slavery to help build the new Ming palace. She formed a cult called the White Lotus Sect and deemed herself the Holy Mother prophetess. At the height of the rebellion, Tang Sai Er was able to recruit 10,000 troops and the emperor sent out a warrant for her capture at any price. Tang Sai Er was able to escape and the White Lotus Sect went underground.

So who would have been Tang Sai Er’s enemy? Qin Liangyu, one of the most respected military generals in history. Trained from an early age in martial arts and excelling in archery, Qin Liangyu took over her husband’s rank and and led her troop, The White Staff Soldiers, into battles against peasant rebellions during the Ming Dynasty (1368-1644AD). Qin Liangyu was awarded the title of “Lady”, the position of “Overall Administrator of Military Affairs” and the rank of “Commander-in-Chief” for the Sichuan Province. Qin Liangyu remained loyal to the Mings to the end of her life, dying at the age of 73 after falling off a horse in battle.

Born to a family of generals in the Song Dynasty (970-1279 AD), Liang Hongyu was trained in both martial arts and the fine arts such as singing, dancing and drumming. The latter proved to be useful when her father and grandfather were put to death, forcing Liang Hongyu to work as a singer and consort. It was through this line of work that Liang Hongyu met her husband-to-be Officer Han Shizong. They fell in love, had children together and then fought together in war. Liang Hongyu is known for being a great example of a devoted wife, mother and warrior. 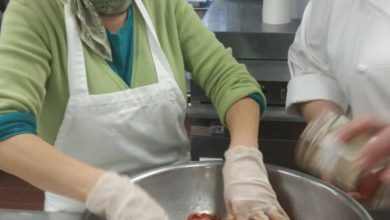 by JAMES S. KIM | @james_s_kim editor@charactermedia.com When Yumi Hogan became Maryland’s First Lady after her husband, Larry Hogan, was sworn in as governor earlier this year, she told […]