As an Asian American woman who grew up in the 90’s, it almost feels cliche to say Mulan is my favorite Disney princess, but there’s no denying it. I can still remember the first time I watched the VHS tape of Mulan and the way I instantly felt a kinship with her that I couldn’t feel with the other Disney princesses. This princess was strong, brave and she was the first Asian Disney character I had ever seen on a screen. After I proceeded to watch the movie upwards of a hundred times, I convinced my parents to buy me a Mulan doll and the Mulan Halloween costume. After all, Mulan was “my girl.” So when I read today’s news, I felt both excited and terrified.

After the success of the live-action films Cinderella and Maleficent, Disney announced that they have plans to develop a live-action version of Mulan. In fact, they already have a script written by Elizabeth Martin and Lauren Hynek. However, there is no set date yet, and Disney has a full slate of upcoming live-action films including Beauty and the Beast starring Emma Watson, The Jungle Book, Alice in Wonderland 2 and Dumbo.

Despite my soft spot for Mulan, I am naturally worried that some elements may not translate well to live-action (I’m looking at you, Mushu). But overall, curiosity and nostalgia win out. We’ve already seen a live-action bisexual Mulan, played by Jamie Chung in Once Upon A Time. How will the live-action film compare? Well, we’ll just have to wait and see. 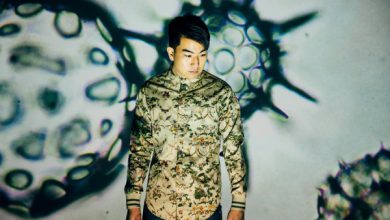 by AMANDA WALUJONO Who doesn’t love a good beat? Terry Im, better known as KRNFX, is a Korean Canadian beatboxer who is currently spitting one of the best beats […]