Exciting news from Disney! The newest Disney princess, Moana, is Disney’s very first Polynesian princess!  Marking Disney’s 56th animated feature film, this new princess will be available to us in November 2016, not 2018, which was the initial rumored year for the film’s release.

And this is definitely official. Walt Disney Animation confirmed the release date on their official Twitter!

Moana is an adventurous, born-navigator, and spirited 14-year-old teenager who “sets sail in search of a fabled island” to succeed her ancestors’ exploration of the Pacific Ocean 2000 years ago from today. Throughout her voyage, the legendary demi-god and her hero, Maui, accompanies her and faces thrilling and astounding sights along the way. Many may be familiar with Maui since he is a recurring character in both Maori and Polynesian mythology.  Moana will be voiced by Auli’i Cravalho and her sidekick will be voiced by no other than the Dwayne Johnson.

The two directors of the film, John Musker and Ron Clements, also directed other Disney movies including Aladdin, The Little Mermaid, and The Princess and the Frog.

“Moana is indomitable, passionate, and a dreamer with a unique connection to the ocean itself,” Musker said. “She’s the kind of character we all root for, and we can’t wait to introduce her to audiences.”

The screenplay was written by Oscar-nominated film-maker Taika Waititi, who was behind the New Zealand 2010 hit film Boy and the 2004 Academy Award-nominated short film Two Cars, One Night.

Here’s a little sneak peek of the up and coming film: 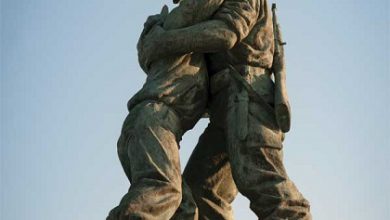 I think when I say that I have problems finding a good fitting bra since I am so petite, some of you would probably nod in agreement because you […]