Street food has a rich history in New York, having evolved from boat-based oyster vendors in the 1800s to the inception of the Essex Street Market in the 1900s. Nowadays, the sight of construction workers greeting vendors and the smoky scent of halal falafel are staples of the New York scenery.

With the success of Korean Mexican food truck Kogi Korean BBQ in L.A. and the rise of social media foodie culture, Asian fusion is flourishing. Whether you’re trying to eat healthy or fall into a self-induced food coma, one of these trucks is sure to land on your list of favorite N.Y.C. eats.

This truck originally served Coney Island beach-goers and roller coaster riders, but now you no longer have to go any further than Times Square to find the Coney Shack. They’re revamping traditional boardwalk food with different combinations of Southeast Asian toppings. After you try their beer-battered fish tacos or hot dogs, you’ll be saying, “Holy Phuc!” (the name of their famous fish hot dog, in case you were wondering).

This Korean Mexican truck was an instant hit from the moment it opened, and quickly became a fan-favorite of food critics and hungry college students alike. Satisfy your mid-day hunger pangs with a gochujang pork burrito, or go low-carb with a keto-friendly noodle bowl. Korilla BBQ has put down roots in Manhattan and Brooklyn with four permanent locations, but the food truck still makes its rounds around town.

Halal trucks are to New York what taco trucks are to L.A. Now, Terry and Yaki are spinning a new twist on halal chicken by bringing Asian cooking and flavors to the table. You can get their signature teriyaki chicken on top of white rice, a kale salad or even sweet potato fries—but don’t forget the mayo on top.

You might know Korean and Southeast Asian tacos, but we’d be remiss if we didn’t mention the Japanese Mexican essential, Takumi Taco. Like its counterparts, Takumi Taco has expanded their menu to include burritos, bowls and salads, but their OG item is the spicy tuna taco. They have five brick-and-mortar locations, but they frequently appear at markets like Smorgasburg or cater with Food Truck Catering Co.

Not to be confused with the L.A. staple (though New York would welcome a Kogi Korean BBQ truck with open arms), this no-frills cart is the best foodie solution for a stressful workday. Load a takeout box to the brim with Korean-style meat and rice, or get it served taco-style. Follow their Twitter to see where they’re serving and when.

End your day on a sweet note with Moffle Bar’s mochi-stuffed waffle pops. The crispy exterior and soft, sticky filling are irresistible, especially when topped with Oreos or paired with sweet, mochiko-battered fried chicken. Catch Moffle Bar at their old stomping grounds in the Queens Night Market or at other venues like the Famous Food Festival. 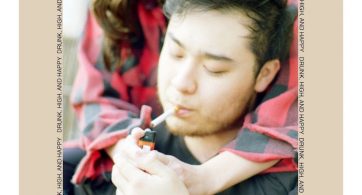