Need some motivation and inspiration to get fit this summer? I know I do! Let me introduce to you Patricia Fujii, an 83-year-old breast cancer survivor, who is competing in track and field at the “largest multi-sport event in the world” for athletes in her age group — the 2015 National Senior Games. It is an opportunity for seniors aged 50 and above to compete among more than 10,000 individuals. The games occur once every two years, with athletes competing on the state level beforehand to qualify for nationals.

Fujii started exercising in 1998 when she was 68-years-old. Her family had given her a YMCA membership and she certainly took full advantage of it. She began practicing the 50 meter, 100 meter and 200 meter as well as the long jump. Soon she was signing up for local races and trained with her son, David Fujii, who had also participated in these events when he was a track athlete.

In 2008, Fujii was diagnosed with breast cancer. Doctors told her the radiation would kill red blood cells, making her more tired. When she asked how to increase the amount of red blood cells in her body to combat the treatment that was working against her, nurses recommended exercise. So Fujii continued exercising through all stages of her treatment. Just one day after her final radiation treatment for breast cancer, Fujii participated in the Idaho Senior Games, finishing with seven gold medals!

“It was a wonderful feeling!” she told TODAY.com. “I made it through the day without getting sick or having to quit. My Zumba, aerobics and tai chi classes really helped my track.”

But her passion for exercising and competing is also motivated by the opportunity to meet other people and take part in the social aspect of the sport, which is the most exciting element for her. Fujii’s positive attitude on and off the track caught the attention of Humana, the sponsor of this year’s Games. She has been named one of the 13 official “Humana Game Changers” for her dedication to staying healthy.

The National Senior Games were held in Minnesota this year from July 3-16. Even though Fujii didn’t medal in any of her events, she was excited to have qualified for a third time. 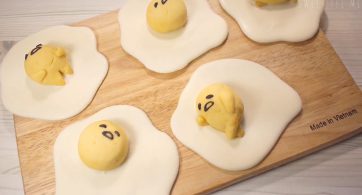 Got a bad case of the Mondays? I don’t blame you. It’s our snap-back-to-reality-the-weekend-is-over-and-back-to-work day. Between you and me, it was pretty hard to leave the comfort of my […]