Yes, the rumors are true—a “Fresh off the Boat” spin-off is moving forward at ABC.

The new show, currently titled “Magic Motor Inn,” would follow an Indian American family whose daughter attends school with Eddie Huang (Hudson Yang). The cast as of now includes actor and comedian Vir Das and Bollywood star Preity G. Zinta, who will guest star on an upcoming episode of “Fresh off the Boat.” Rachna Fruchbom, who currently writes on the show, has also been tapped to write the spin-off.

The episode that introduces Das and Zinta’s characters is set to start filming in mid-November, but we’ll have to wait until the traditional pilot season to see a first episode of the new show. Until then, kick back and enjoy the rest of Season 6. 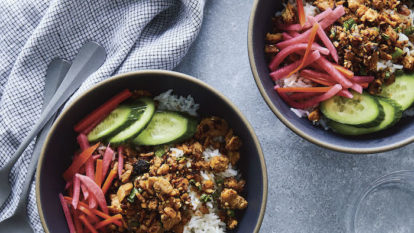 The original idea for the “Food For Thought” column stemmed from my interest in how Asian Americans play into contemporary food culture. This is anything but a new phenomenon. […]