How far would you go for your loved ones? Maybe more importantly, how far could you go?

This fall, Pearl Studio (“Abominable”) and Netflix are taking those questions to new heights in the animated musical feature “Over the Moon.” Starring John Cho (“Searching”), Sandra Oh (“Killing Eve”) and Cathy Ang (“Ramy”), the film follows Fei Fei, a young girl grieving her mother’s recent death. Inspired by the tale of the Chinese moon goddess Chang’e, Fei Fei embarks on a rocketship quest to the moon with her loyal bunny and cousin Chin (Robert G. Chiu), to prove the strength of love and belief.

Directed by legendary Disney animator Glen Keane (“Tangled”) and produced by “Abominable”’s Peilin Chou, the film also marks the final work of late screenwriter Audrey Wells (“The Hate U Give”), who passed away in 2018 after a battle with cancer. “[Audrey] told me it was the most important script she had ever written,” Chou said at the trailer’s virtual premiere on June 19. “It was so important to her that the story got made. And we were so fortunate to have her with us through the time of the first screening.”

Netflix has yet to announce an official premiere date for “Over the Moon,” but you can catch the brand-new trailer here. 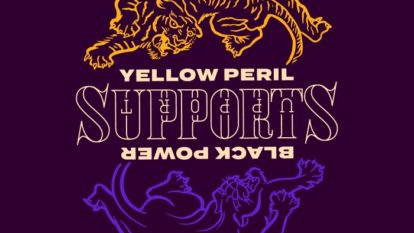 Nearly a month has passed since the day George Floyd, a 46-year-old Black man, was brutally murdered by a police officer in Minneapolis. As a result, protests have broken […]