Back in late January, my family and friends in Vietnam started telling me about the novel coronavirus, which had originated in China and slowly had made its way to Vietnam. Naturally, it quickly became a regular conversation starter among my friends at Beloit College, in Beloit, Wisconsin. A month later, it started spreading in the United States. I was worried, but I thought, “It hasn’t come near me yet.”

Everything started going downhill, and fast. I had to cancel a spring break trip to Seattle after the first coronavirus-related death in Washington. Beloit first announced spring break would be extended for one week, followed by the decision to move classes online. More chaos ensued, as the administration struggled to figure out the living situation for every student. I was nervous about getting kicked out of my dorm because I read on the news that several East Coast schools like Amherst College, MIT and Tufts University gave their students only a few days of notice before they had to pack and leave campus.

Students from abroad like myself face a dilemma on whether we should stay or leave the U.S. right now. Leaving means going to the airport and
being in one crowded place after another, risking exposure to the virus. Moreover, airplanes might carry infected individuals. However, staying means we’re depending on unreliable health insurance coverage. International students are automatically enrolled in an insurance plan of their school’s choosing, and most plans do cover COVID-19 testing with no additional cost. But if treatment is needed, there’s no telling the out-of-pocket amount we would have to pay. On top of that, we feel lost when we’re far away from friends and family, who are as equally nervous as we are.

Still, I decided to stay.

As a recent Beloit graduate who gets just one chance at walking the commencement stage in May, I have held on to this place where I’ve found a sense of community. Now, my community has been pulled apart after so many of my friends have left campus. The graduation ceremony that I’ve been looking forward to might not even happen because of the social distancing order. My campus is considerably deserted, and sometimes when I get out of my room I only see a handful of folks around. Every day feels like a routine to me, as I wake up, get some work done, eat with my friend who is still here and then repeat.

But I’m not the only one struggling through this hard time. Sonali Pendharkar, an international student from India, is among the very few remaining in Beloit. Initially, she didn’t think the virus would force her to separate from her closest friends so abruptly. On adjusting to the changes, she says, “I am getting more time to relax, but it’s hard to keep myself motivated. I not only have to finish classwork, but also have to worry about the virus. It’s extremely overwhelming.”

Linh Anh Le, a senior from Vietnam, has slightly different concerns when it comes to COVID-19. She notes that xenophobia against Asian Americans has ramped up as a result of the virus. “Four days before my spring break trip to Florida, there was a case reported right in the county I [was supposed to] fly to,” she says. “Never in my life I’d imagine canceling a trip to a place I really want to go. But the virus and the fear of being discriminated against as an Asian scares me, so I had to let it go.”

For seniors like Le, now there’s even more uncertainty when it comes to job searching. Many companies are laying off employees, much less hiring new ones. “Companies might also reject me because of my name, so that’s the risk that I need to consider,” Le says.

The odds might feel stacked against our stranded identities, but adaptability is the best hope. Pendharkar says, “I have met a counselor at the Health and Wellness Center, which has helped me tremendously because I could get out and talk to someone. I’m trying to do things that make me happy, like dancing. I’m not a very ‘sit in my room all day’ kind of person, though during this outbreak that’s exactly what I need to do.”

Le often resorts to raw data to get a more objective look at the pandemic. “I follow news from a variety of sources, which has been really helpful because I pick up safety measures from Vietnamese media,” she says. She also speculates that the job competition might actually be less intense now that so many have left the country, so she stays optimistic.

My own routine is becoming more bearable. I’m using the time to brush up on my photography skills, and I’m learning new recipes to keep myself nourished and healthy. I write more, listen to uplifting music, talk to friends still here in Beloit and call faraway friends when I can. I’m still going to be around until the end of the semester because I have hope that this situation will be better, that my community will come back together, and I will get to properly say my goodbyes to my second home. 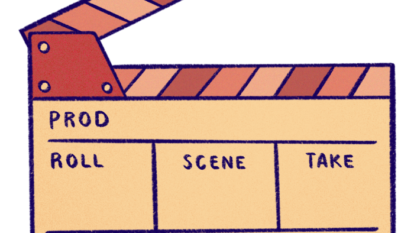