Make sure your marriage counselor is on speed dial! Ali Wong’s third comedy special, “Don Wong,” drops this Monday, and she’s getting down into the nitty-gritty of monogamy, single people and wild fantasies (whatever that could mean).

Coming off her two prior Netflix specials, “Baby Cobra” and “Hard Knock Wife,” Wong is raring for more laughs, this time at The Count Basie Theater in New Jersey. The special was filmed back in November 2021, with Wong serving as an executive producer on the project, and “Always Be My Maybe”’s Nahnatchka Khan at the helm as director. The trailer sees Wong getting ready in her dressing room while outside, fans eagerly wait, many dressed like her in either the iconic red-framed glasses or cheetah print. The video concludes with Wong claiming she isn’t “good at being a diva,” then cuts to her looking stunning in a convertible, gazing into the camera.

A San Francisco native, Wong burst onto the comedy scene after graduating from college in 2005 and moving to New York City to pursue stand-up. Since then, she’s appeared on the likes of “The Tonight Show,” “Fresh Off the Boat,” “Big Mouth” and “Inside Amy Schumer.” Recently, she starred in Netflix’s rom-com “Always Be My Maybe” opposite Randall Park.

Watch the full trailer below for more, and witness as Wong “transforms from Eazy-E into a butterfly.” Remember to stream “Don Wong” on Feb. 14, and have a Happy Valentine’s Day! 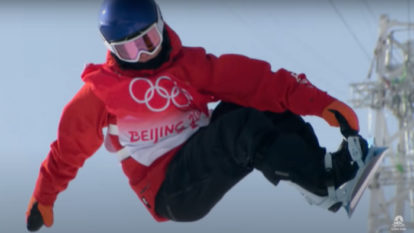