There have been whispers floating around the web and shaky cellphone footage of a trailer, but still no one knows … just what is “Guava Island?”

The film’s trailer premiered last year on Nov. 24 at the PHAROS festival in New Zealand and sent fans and the media abuzz with anticipation. Directed by Japanese American filmmaker Hiro Murai (“Atlanta”), an artist who’s made a name for himself with the ultra-cool music videos he’s created for some of the biggest names in pop music like Earl Sweatshirt, St. Vincent and A Tribe Called Quest, “Guava Island” will be Murai’s first full-length feature. But this isn’t the first time he and Glover have collaborated—you might remember his work from Glover’s aka Childish Gambino’s viral music video “This Is America.”

Written by Glover’s brother Stephen, “Guava Island” (reportedly filmed in Cuba) features Donald Glover as musician Deni Maroon who tries to scheme and rob his way into wealth. Another popular pop musician will also be making an appearance in the film: Rihanna—who plays Maroon’s beloved girlfriend and muse. Actors Letitia Wright (“Black Panther”) and Nonso Anozie (“Game of Thrones”) are also taking part in the movie.

“I’m really humbled having the opportunity to present something this timely and timeless. Between Rihanna and the people of Cuba, this is one of my favorite projects I’ve ever worked on,” Glover said in a statement.

For the ninth year in a row, Coachella will be streamed live on YouTube. After Glover’s performance on Friday, the streaming platform will be debuting the mysterious “Guava Island.” But if that doesn’t float your boat, Amazon Prime will also be showing the movie for free for 18 hours on its streaming platform, Prime Video, on April 13. 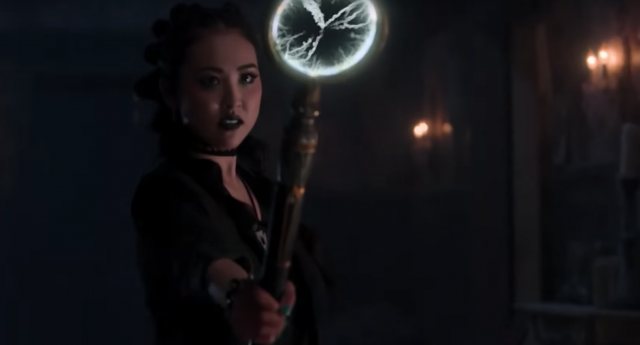