Need the scoop on which movies to see at the 37th annual Center for Asian American Media’s Film Festival? Character has got you covered.

On April 9, the lineup for CAAMFest37 was announced. Run by CAAM, a nonprofit organization that strives to support stories that explore the multi-faceted nature of the Asian American identity, CAAMFest is the nation’s largest showcase for Asian American and Asian films. Since its inception in 1982, the festival annually screens an average of 130 films in the San Francisco and Oakland area. According to the festival’s executive director Stephen Gong, who spoke at the CAAMFest37 press conference, this year’s lineup promises more Southeast Asian films than ever before. The festival will take place over two weeks, from May 9 to May 23.

CAAMFest37 will be kicking off with the world premiere of “Chinatown Rising.” Born out of an idea for a simple home video project, “Chinatown Rising” was created by father-son duo Harry and Josh Chuck. The documentary follows the ascent of the Asian American activist movements of the 1960s by weaving together never-before-seen archival footage and photographs. An entertaining and informative blast from the past, the film hopes to shed light on today’s modern political atmosphere.

Created by first time feature director Diane Paragas, “Yellow Rose” follows the story of a headstrong Filipina girl from a small Texas town who is looking to make her mark in the state’s country scene while the threat of deportation looms over her. This movie will also be screening at the 35th annual Los Angeles Asian Pacific Film Festival as the opening night selection.

The festival will also be featuring CAAMFest37 Spotlight Honoree Valerie Soe’s newest film, “Love Boat: Taiwan.” A figure who’s been active in the film-universe since the 80s, Soe’s movies push the boundaries of experimental storytelling and have served as a benchmark for Asian American feminist activism. “Love Boat: Taiwan” is a documentary that takes a look at the infamous summer program for American-born Taiwanese teenagers.

And, if you’re looking to bathe yourself in an ocean of nostalgia, CAAMFest37 will be celebrating the 25th anniversary of arguably one of the most important and popular films in Asian American cinema, “The Joy Luck Club,” with an outdoor screening. Written by bestselling author, Amy Tan, and directed by Hong Kong-born auteur, Wayne Wang, “The Joy Luck Club,” paved the way for Asian American stories in the cinematic mainstream like last year’s blockbuster, “Crazy Rich Asians.”

Finally, CAAMFest will close with a world premiere screening of “Geographies of Kinship,” a film directed by Deann Borshay Liem—the documentarian who created the award-winning film “Breathin’: The Eddy Zheng Story.” This heart-wrenching documentary examines the unique mix of political instability, war and bureaucratic adoption models that led to over 20,000 Korean children being sent to live in homes overseas.

For more information, to buy tickets or to check out the festival’s full lineup, check out their website here. 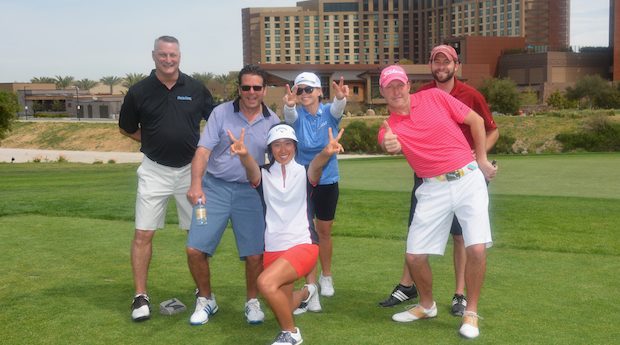