It’s a humid mid-August evening and Amerie (pronounced Ay-ma-ree) and I are sitting in a restaurant at the London Hotel in New York’s Midtown for her last interview of the night. Despite the day’s back-to-back Q&As, starting from the early morning, the singer of Korean and black descent is as energetic and happy-go-lucky as ever, especially when she expresses her delight in frequenting—in the buff—jjimjil bangs (Korean saunas) in Los Angeles and New York.

“You go there too?” Amerie asks, chuckling, her caramel skin glowing in the light. She’s sitting attentively, leaning a little forward, eyes engaged while crossing her long, lean, purportedly $2 million-insured legs. “No one notices me when I go, they’re kinda older ajummas and stuff. I was thinking of going there today, actually.”

Amerie, who is 29, is a fashionista in her own right and tonight she looks impeccable. Her petite frame dons a royal purple dress, accessorized by a Pamela Love rosary necklace, a scintillating body chain that wraps around her back, and black Givenchy pumps (they’re her favorite, she says).

As the summer comes to a close, she’ll continue her press rounds for her fourth album, In Love & War (dropping November 3), a 12-track, Def Jam-produced work heavily influenced by 60s-70s era rock, soul, funk and her signature hip-hop roots. All the while, she’ll attempt to boost her career—what could be her last shot—far past the stratosphere, and finally prove that she’s not just another pretty face who happens to sing, dance and produce her own songs, but an artist who has lasting potential to stay fresh in the game.

If you haven’t heard of her yet, here she is. Reintroducing, Amerie.

On a late morning in July, Amerie (born Amerie Rogers), tardy by 30 minutes, walks into the hotel restaurant wearing her signature vintage sunglasses—the same that the debonair and cocky Kanye West once admitted were more stylish than his. Looking sharp and poised, hiding the fact that she is completely exhausted (she had just modeled for a photo shoot wearing metallic-studded jackets and shoes by The Blonds, all the while being cloaked in a body stocking that left a lasting gray residue), she greets me at my table—toothy grin and all.

It’s only Tuesday, but it’s already been an intense week that will only get busier. Amerie, who just wrapped up multiple photo shoots, two tapings of BET’s 106 and Park, which she guest-hosted, and meetings with her new record label, Def Jam, will continue with press junkets in Los Angeles, where she currently resides. Adding to the chaos is the fact that it’s been impossible for her to get any kind of sleep lately.

“I don’t know,” she says, wincing. “I can see why people get on sleeping pills. I can see why people would need it. I don’t know what to do. I was having fits. I tried everything. I’m anti-pills but I see how it starts. I’m gonna need a pill to go to sleep and then I’m gonna need a pill to get up. I just saw it unfolding in my head because I was wide awake!”

Ironically, most people believe Amerie’s been doing just that–sleeping for the past four years. Having seemed to have virtually disappeared since 2005, when her sophomore album’s “1 Thing” was labeled a certified platinum hit, catapulting the songstress from relative R&B unknown to overnight sensation, she’s become, for the most part, musically irrelevant.

Dubbed the “second Mary J. Blige” after the release of her debut album, 2002’s All I Have, which contained her summer hit, “Why Don’t We Fall In Love,” and having tasted success in 2005 when garnering the Club Banger of the Year honor at the Vibe Awards and the Aretha Franklin Award at the 10th Annual Lady of Soul Train Awards, Amerie was well on her way to becoming a household name. Adding fuel to the fire were rappers who dedicated lines to Amerie’s sex appeal and alluded to her never-ending long legs, talk show hosts like Tyra Banks and Jimmy Kimmel who booked her left and right, and magazines, like the now defunct Vibe, that cemented her on their covers.

But the flame was prematurely extinguished when her 2007 UK-released album, Because I Love It, failed to release in the United States through her former label, Columbia. After five years at the label, with no active push for her music career in sight, the blow was, at the least, another disappointment.

“I didn’t feel like it was working at Sony (the umbrella that Columbia is under),” she admits. “It wasn’t a stable situation on an executive end. You’re making plans and then nothing’s really set because it’s like a revolving door with all of them.”

She’d been thinking for a long while about leaving the label, starting fresh somewhere else. Time was ticking. If she wanted to continue her career—or salvage it—she knew she would have to make a drastic change.

She needed a breakup.

Breakups to Makeups was the original title of Amerie’s current album, and buzz began building earlier this year about the singer’s triumphant return. But after much thought, the singer changed the name to In Love & War, possibly more befitting of most of her experiences in the past few years.

Starting in 2007, there was rampant speculation over whether Amerie would leave Columbia. Then, the next summer, it was announced that the well-mannered vocalist would, indeed, carve her own path, and would officially become the newest artist on Def Jam, the same company that revived the careers of the likes of Mariah Carey and Janet Jackson.

“It ended up being a really good thing so far,” she says of her decision. “I’m really, really happy.”

Today, Amerie’s first single, “Why R U?” (released in June), has already made it to the Top 10 countdown on 106 & Park and was praised by Funkmaster Flex on New York’s Hot 97. The album is “really just about growing pains and the relationships I’ve been through myself in the past,” Amerie says.

“Why R U?” is a heavily hip-hop-influenced song, sampled from a callous old-school beat by The Ultramagnetic MC’s “Ego Trippin.” Her second single, “Heard Em All,” is a very reggae-sounding track with an Amazonian chant looping in the background.

“I actually wrote [“WHY R U?”] in New York while riding through the rain,” says Amerie. “It’s about being in a relationship that you shouldn’t be in, but [how] your heart can’t let go. I think everyone’s been there before.

“People ask why artists always write about love and such and I’m like, ‘that’s all there is.’ Love is all there is, actually. It’s the driving force of everything that we do. You can write it a million ways. For this album, I wanted each song to tell a story.”

Amerie’s singing voice is glassy and thin but soulful and raspy, and sounds best when in falsetto. Her sound quality is eerily reminiscent of the late Michael Jackson during his pre-pubescent Jackson 5 era—saccharinely sweet, but executed with fearless integrity. “Yeah, a lot of people say that,” Amerie says. “Pharell even told me that once.”

But her music is unmistakably her own.

“My music is very rooted in its sound,” she says. “It’s very hip-hop, it’s very soul and I feel like it’s always had a rock sound to it even though it was like, funk and heavy percussion. It’d be nice for many people to listen to my music.”

Her record label agrees, and has been pushing her to do more appearances. “It’s not my thing to go out,” she says unenthusiastically, her voice dropping in a decrescendo. “They’re always like, ‘you gotta do this, you gotta go out,’ because I don’t normally do that.” 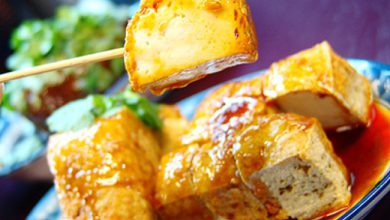