Produced by Mnet America, “Alpha Girls” is a weekly web series following the lives of four Asian American women, each of whom have risen to the tops of their careers. Cast members include fashion model Soo Joo Park, graphic artist Mina Kwon, fashion designer Lanie Alabanza-Barcena and DJ and producer Jennifer Lee, aka TOKiMONSTA.

Guests sipped on cocktails and munched on h’orderves while watching the premiere of the reality show, which runs 23 minutes long and focuses on both the exciting opportunities and personal drama in the Alpha Girls’ everyday lives. In the first episode, Alabanza-Barcena struggles to balance getting her line ready and planning a friend’s bachelorette party, TOKiMONSTA flies to Korea to perform for the first time, Kwon flies to America in search of inspiration and Soo Joo tries to overcome an ankle injury in time for New York Fashion Week. The premiere season also includes cameos from celebrities like Skrillex, Pharrell and Swizz Beats.

“At first I was kind of scared of strangers interfering in my life,” Alabanza-Barcena, the founder and creative director of urban streetwear brand Hellz Bellz, said on her experience of being filmed for the reality series. “But I think this is important. Girls can watch our show and learn to speak their minds, and be motivated to be their own boss.”

Mnet America producers Daniel DPD Park and Danny Park created “Alpha Girls” to promote Asian American visibility in the media, as well as to show American audiences that Asian Americans are capable of succeeding in careers that have nothing to do with being a doctor or scientist. “Alpha Girls” airs Wednesdays at 8 p.m. on youtube.com/MnetAmerica. 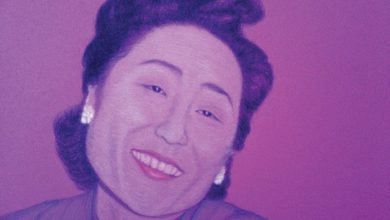