Exciting news for The Filharmonic fans! The Filipino American a cappella singers, best known for being finalists on season 4 of NBC’s The Sing-Off, are the newest additions to the Pitch Perfect franchise. The boys will join actresses Anna Kendrick and Rebel Wilson for Pitch Perfect 2, which hits theaters on May 15, 2015.

According to their official website, the members come from a wide variety of backgrounds in the performing arts including pop, a capella, jazz, opera, theater and classical. In addition, “they honor their Filipino heritage through incredibly nuanced musical performances that are both moving and fun to experience.”

A few months ago, we were simply raving about their breathtaking cover of John Legend’s “All of Me.” Well, the boys are back with two more covers that are, once again, breathtaking. 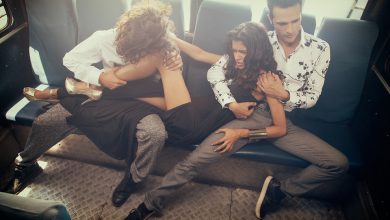 Let the record show that here at Audrey, we have no problem with creative editorial fashion shoots that showcase photographers and designers who think outside the box. We do however, […]