That’s right! Our wishes of seeing more Asian women in the media have been answered. Sure there’s Lucy Liu on Elementary, Brenda Song on Dads and Aubrey Anderson-Emmons on Modern Family, but it’s not very typical to see english-speaking shows focus entirely on Asian women. Mnet has hopes to change that.

Mnet America, the first and leading national television network centered on Asians, is releasing a new original series Alpha Girls. The show, which will debut on February 26 at 8pm ET/PT, follows the lives of successful Asian women and the struggles they have to endure to reach success. And don’t worry, the series also shows all the personal drama we love tuning into.

TOKiMONSTA is a Korean American  electronic music producer, recording artist, and DJ. She has been ranked LA Weekly’s #1 female DJ in Los Angeles, has two albums released and is currently signed to Ultra Records.

In 2005, Lanie Alabanza-Barcena launched her own clothing line called Hellz Bellz. Based in Los Angeles, Lanie’s company has expanded, gained popularity and has collaborated with names such as Stussy, Vans, Nooka, Reebok, Sanrio Japan and G-Shock.

New episodes of Alpha Girls will air weekly on Wednesdays on Mnet America over eight episodes. The series will also be available online through www.mnetamerica.com and Mnet America’s YouTube channel www.youtube.com/mnetamerica.  More information on the show can be found at www.alphagirlstv.com. 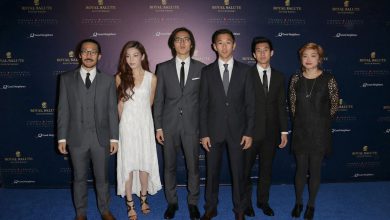 Among the talented artists that performed at Audrey Magazine and KoreAm Journal‘s annual awards gala, Unforgettable, indie band Run River North definitely stood out. This six-member band is a […]