Add one more Asian American family-centric television series to your queue – “Andi Mack,” starring Peyton Elizabeth Lee in the leading role, has been picked up by Disney Channel, according to Deadline.com.

Lee, 12, is a familiar face to fans of “Shameless,” and is joined by Lilan Bowden, Lauren Tom, Joshua Rush and Asher Angel. The show, which is slated to air next year, is created and executive produced by Terri Minsky, the name behind “Lizzie McGuire.”

“Andi only existed as words on a page until Peyton Lee walked into the room,” Minsky told Deadline. “I will never forget the magic of that moment – to meet the character I wrote. Actually, it wasn’t until I met Peyton that I really knew who Andi was.”

The single-camera show unfolds around the young Andi, who lives under a strict mother fearful that she will end up like her older sister Bex, a high school dropout. Andi’s life is “turned upside down” when, ahead of her 13th birthday, Bex returns home. 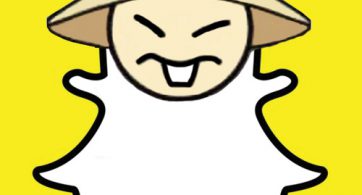 A controversial new Snapchat filter is being accused of making a caricature of East Asians and promoting yellowface. The filter makes your cheeks fatter and narrows your eyes, and also lightens your skin […]