Asian Academy of Motion Picture Arts and Sciences members, both incumbent and new, came together for a welcome reception – and an opportunity to mobilize their voices as a community – inside the London West Hollywood on Sept. 25.

The event, held by a host committee and attended by Academy CEO Dawn Hudson and Academy president Cheryl Boone Isaacs, was the first of its kind for Asian Academy members, who number an estimated 250.

It’s been quite a year for the Academy, the institution behind the Oscars. In June – following a disastrous February show where, during a ceremony steeped in the controversial #OscarsSoWhite, the comedian Chris Rock erred by making a tasteless joke about Asian Americans – the famously exclusive organization extended its membership to 638 people, including around 80 Asians and Asian Americans, in an unprecedented attempt to diversify.

In the now-infamous episode, Rock, while introducing three young Asians dressed as bankers from a finance firm on stage at the Oscars, spun them into a joke reinforcing Asian stereotypes as child laborers and as a model minority: “[The firm] sent us their most dedicated, accurate and hard-working representatives,” Rock said. “Please welcome Ming Zhu, Bao Ling and David Moskowitz. If anybody’s upset about that joke, just tweet about it on your phone that was also made by these kids.”

Teddy Zee, a former Columbia Pictures and Paramount Pictures executive and host member – he helped put the reception together, alongside Arthur Dong, Jodi Long, Janet Yang, Laura Kim, Peter Kwong, Chris Tashima, Freida Lee Mock and David Magdael – said the “ugly episode” at the Oscars “has turned into a blessing in disguise.” Zee told Kore that it “helped mobilize Asian and Asian American members to stand together and take action.”

Twenty-five Asian Academy members, including George Takei and Ang Lee, gathered shortly after the Oscars to pen a letter to the organization in protest, calling for an apology. Fifteen more held a meeting with Academy leadership to discuss steps of action. The reception was, according to Dong, an attempt to keep the momentum going.

Hsu, a new member noted for his sound mixing and editing work, said the event provided a rare space to connect to industry members who share his heritage, and to meet future collaborators with whom he can “make informed decisions with an eye toward increasing diversity and inclusion within our industry.”

“There hadn’t been an explicit reason [for Asian members] to organize under a racially based umbrella before,” Dong, a former board of governors member and award-winning documentary filmmaker, said. “But after what happened at the Oscars, with the tone-deaf jabs at Asians, adding to that the recent, but century-long practice of racist whitewashing, yellow-face casting decisions in Hollywood, we were compelled to come together over this important part of our identities.”

Long, pointing to ongoing Hollywood whitewashing despite an expanding racial television landscape – “They know that diversity is translating into dollars with ratings” – said the only way to bring change is for AAPIs to come together as a community. Long has appeared in Asian American-led series like “All-American Girl” and “Sullivan & Son.” “We have to speak up and squeak the wheel in order to educate and to keep affecting change that has been too long a time in coming,” she said.

Dong agreed. If the Academy is perceived by the public as the gold standard for industry achievement, he said, then he and the others, as members of Asian descent, “have a duty to add our voices to drive an impactful dialogue for equitable inclusion and representation in today’s most powerful medium.”

“When we stand together, our voice becomes more powerful and clear,” Zee said.

The event was sponsored by Royal Salute and ThinOptics, with media sponsors Kore Asian Media and Privy Circle. 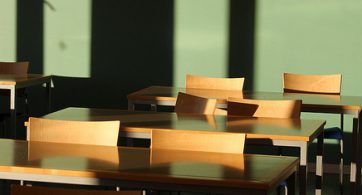 California Gov. Jerry Brown signed a new bill last week to curb the bullying of young Sikh and Muslim students. The legislation – also known as AB-2845, or the […]