Hulu’s new R-rated adult comedy “PEN15,” from The Lonely Island, stars Maya Erskine playing a 13-year-old version of herself in the year 2000.

Erskine, who is half-Japanese, has been seen in Amazon Studios’ “Betas” and in the FXX comedy series “Man Seeking Woman.”

The series debuts Feb. 8 on Hulu. 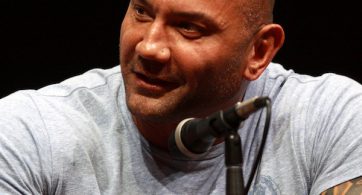