Have you been looking for the next comic book universe to get lost in?

The widely popular “Saga” claims the second and third spots on the list. Created by sci-fi master Brian K. Vaughan and illustrated by critically acclaimed artist Fiona Staples, “Saga” is an epic space drama that features an alien couple on the run with their infant daughter as they flee authorities from both of their home worlds. “Saga” has not only garnered critical praise for its diverse portrayals of fluid sexuality, gender and race, but has also seen consistent success in sales.

“Monstress,” which won five awards at last year’s Comic-Con, has been described as a literary response to the violence women face in the fantasy genre. Maika Halfwolf, the main character of “Monstress,” is a teenage girl living in a post-apocalyptic world full of demons, monsters and half-animal people like herself. Halfwolf is bent on a revenge quest, meaning “Monstress” is not short on any graphic, violent scenes. The series emphasizes the power of friendship among women and features female characters tackling complex emotional situations. Its daring, unique thematic concepts and eye-catching artistic style earned “Monstress” the 10th spot on the list.

In an industry where Asian American characters have often been overlooked, the success of these series hopefully signals a trend that the future of comic books will be bright with diverse characters and storylines. 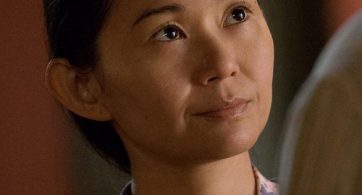 Hong Chau, who is best known for her Golden Globe-nominated role in last year’s “Downsizing,” has joined HBO’s upcoming drama “Watchmen,” expected to air sometime this year. The show, […]