Feel like you’re in a cooking rut and aren’t sure what to take on next? Check out these five underrated female chefs for culinary inspiration:

Opening all of her videos with a friendly “chia̍h pá bōe,” the Taiwanese way of asking, “Have you eaten yet?”, TaiwanCooking is truly a hidden gem. If you’ve ever been scolded out of your mom’s kitchen for getting in her way while she’s cooking and therefore not learned anything, this is the channel for you. TaiwanCooking covers all of the basics, from lu rou fan to boba pearls. As an added bonus, she uses standardized measurements for all of her recipes, so you won’t be having to measure how much rice to cook with just your fingers.

Everyone knows Maangchi with her motherly aura and delicious recipes, but Seonkyoung is like a cooler, older sister who also happens to be an accomplished home cook. She specializes in Korean cooking, but also has Thai, Chinese and Japanese recipes available on her page. In addition to her cooking videos, she also does restaurant reviews and mukbangs, so you’ll never really have to dine alone again.

If you want to learn how to make authentic Vietnamese food, Helen’s Recipes is the place to go. From the simplest spring roll to crispy fried pork to bun bo hue, Helen knows how to do it all. Plus, she presents her recipes in an easy-to-follow format while not compromising traditional cooking methods, like grilling spices directly over stovetop burners. As an added bonus, her recipes are subtitled in Vietnamese.

Though Cooking with Dog is probably the most well-known Japanese cooking channel on YouTube, Kitchen Princess Bamboo deserves some love as well. KPB shows viewers how to make popular, practical, everyday Japanese recipes that aren’t too complicated or extravagant to cook. In addition to her food recipes, KPB also travel vlogs and documents the delicious foods she encounters on her travels in Japan.

Malaysian cooking is definitely an overlooked cuisine in the culinary world. Malaysia’s interesting geographic position between Thailand, Singapore, Indonesia and the Philippines is reflected in its cuisine. And, due to a large influx of Chinese immigrants during the early 19th century, Malaysian food has a very heavy Chinese influence. In a word, it’s delicious and eclectic. If you want to take a stab at cooking Chinese-Malaysian food at home, Nyona is a one-stop shop. There are recipes for everything from warm and homey curry laksa to ginger steamed fish. 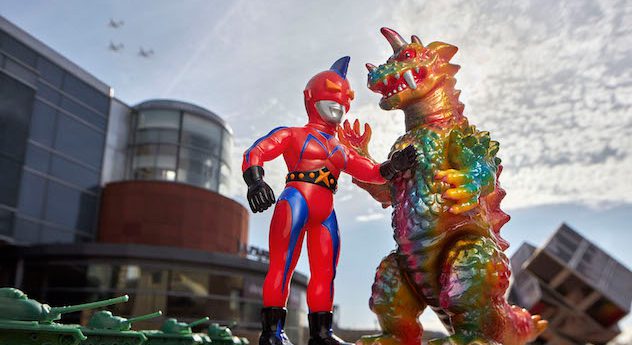 Walking through “Kaiju vs Heroes: Mark Nagata’s Journey Through the World of Japanese Toys” at the Japanese American National Museum in Los Angeles, it’s hard not to be overcome […]