Tired of the endless barrage of superhero movies and sequels? If you are lucky enough to have a local arthouse theater nearby, it may be worth going to check out an indie film. While indie films have the spirit of innovation and creation, it is safe to say that traditionally indie films are very, very white. All accusations of the unbearable whiteness of indie music applies to indie films. Despite this, there have been quite a few Asian American indie films that have “broken out,” such as Justin Lin’s Better Luck Tomorrow, Saving Face and a surprisingly decent number of Sundance selections this year.

Luckily for us, this spring appears to be quite the promising season! In particular, we’re excited for three indie films starring inspirational Asian ladies, which all currently or will soon have limited theatrical releases:

Described by the director David Zellener as a “fever dream,” Kumiko, The Treasure Hunter is a surrealist, absurdist fairytale grounded by an incredible performance by Audrey cover girl, Rinko Kikuchi. Kikuchi has already been nominated for an Oscar for the movie Babel and she puts forth another Oscar-worthy performance as Kumiko, a character that is so unlikeable, yet so uncomfortably and recognizably human. Based on a true story, the film deviates quite from the original story. How exactly? Well, you just have to find out for yourself.

Winner of the 2014 Los Angeles Film Festival, Man From Reno is a neo-noir thriller starring Ayaka Fujitano. In the film, Fujitano plays a Japanese American mystery novelist who gets caught up in a thriller not unlike one of her books. Early buzz is already comparing the film to David Fincher’s Zodiac, and we can’t wait to see it!

3. The Sisterhood of Night

Teenage witches performing exorcisms in the woods and cyberbullying? The premise sounds a little iffy on paper, but the trailer creates a wonderfully foreboding mood and the buzz from CAAM Fest is strong. Written by Marilyn Fu, The Sisterhood of Night features Willa Cuthrell who plays Catherine Huang, one of the leading teenage girls and a possible witch. Harold and Kumar‘s Kal Penn also plays a guidance counselor who gets caught up in the small town hysteria. What the girls’ secret? We’ll have to wait until April 10th to find out. 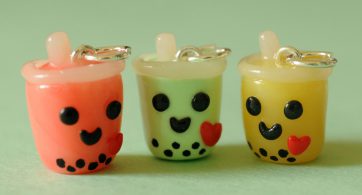 I have to admit, I have a bit of an addiction. Okay, maybe a big addiction. During my freshman year in high school, my dad took me to […]