Happy 2019 — and thank goodness for Marie Kondo, who’s got all of us on the KonMari method via her new Netflix show, “Tidying Up With Marie Kondo.”

The series follows the Japanese tidiness guru as she encourages people to transform their lives through decluttering. We thought we’d check on reactions to the show, which released just two days ago — and learned everyone’s already throwing their clothes into piles and asking themselves, “Does this spark joy?”

…there is no joy in this pile of clothes, guys pic.twitter.com/315aN4eRpr

Inspired by Netflix and Tidying up with Marie Kondo, I have two bags of clothes ready to donate today. More to come for sure. #clothes #tidyingupwithmariekondo pic.twitter.com/i0rOYzklWd

LOL this isn’t even all of it. I think I would actually break Marie Kondo pic.twitter.com/Nsw5OfFoHa

@mariekondo is so adorable and I love her new Netflix show.
I’ve read the book and started clearing out today!
Each hanger is one less unneeded item of clothing! Those are 30 gallon bags!#konmari #tidyingupwithmariekondo #NewYearsResolutions pic.twitter.com/T0DpXx84rR

I watched an episode of the KonMari show, so pic.twitter.com/6UJMaYoY5M

After episode one I have decided to donate ALL of this. Nothing “sparked joy” but I hope it will for someone else. Thank you, thank you! pic.twitter.com/26oMeyvFSt

Organizing my jeans with the KonMari Method.

Why yes, we DID start watching the Marie Kondo show on netflix, why do you ask? pic.twitter.com/6mklD2yMzf

I’m 2 episodes into Tidying Up with Marie Kondo and all the clothes I own are already on my bed pic.twitter.com/EHn9zFb7Rj

tfw you tune into that new marie kondo show and you suddenly have newly organized shelves and two large donation piles ✌ pic.twitter.com/huxCxwFVT6 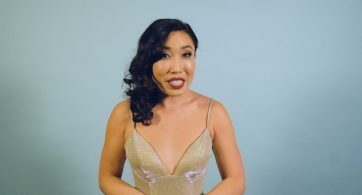 “To be more of a functional adult.”