Based on a true story, Seoul Searching is a romantic comedy about a group of Korean high schoolers from around the globe who are sent to Seoul in 1986 to attend a special summer camp created by the Korean government, so that they can learn what it means to be Korean. But the experiment turns out to be a major culture clash, as these Western-born teens go wild in conservative 1980s Korea.

Also starring in the film is Jessika Van, a Taiwanese American actress perhaps best known for playing fan-favorite Becca on MTV’s Awkward. We chat with Van about the film.

Audrey Magazine: Tell us about your character, Grace Park.

Jessika Van: Grace Park is full-on ’80s! She wants to be Madonna, desperately. She comes from a small, boring town and feels restrained from growing up in the church. But when she comes out to Korea for summer camp, she feels it’s her one chance to really break out and be who she wants to be. And what she wants to be is in control, sexy, powerful and strong. But that summer camp is her journey of discovering what really is strength.

AM: The movie was filmed in Korea. What was that like?

JV: It was so crazy! I was nervous. Not every day do we get to travel to another country and experience it for the first time. I didn’t know what to expect, but it was one of the best experiences of my life. I’ve never met people who were so kind and had so much heart. At the wrap party, Benson asked me to give a little speech. I started to speak, but tears were spilling from my eyes. The cast and crew, from the assistant directors to the camera crew to the hairdressers, everyone just gave me so much love every day. I was just overwhelmed because I didn’t know how to express my gratitude to them for being so welcoming to me.

AM: While filming, did you do some soul-searching yourself?

JV: As a woman – or even as an Asian woman – I’m always asking for people’s opinions or guidance. That’s just how I grew up. But because of my upbringing, I didn’t have as much faith in my own voice or my own opinion. But going through that summer of filming, with everything I did on my own in Korea and everything I accomplished on my own, I’m starting to have a little more faith in myself. Finally, I am finding that I am enough. I know what’s right, and I should listen to myself.

Photo by Daniel Nguyen
This story was originally published in our Spring 2015 issue. Get your copy here. 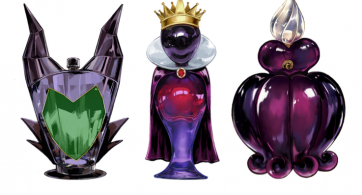