Aziz Ansari is a very busy man right now. Parks and Recreation just ended its seventh and final season and Ansari’s new book, Modern Romance, is hitting bookshelfs soon. Despite all this success, Ansari never forgets that his parents are the reason behind it. In this preview clip from his standup special Aziz Ansari: Live at Madison Square Garden that is currently streaming on Netflix, Ansari gives thanks to his parents and talks about how his “life is super easy because they did all the struggling.”

While the narrative of immigrant parents moving to America for a better life is not exactly uncommon, Ansari manages to spin an astute, hilarious and defiant take on his own story. While a good part of the bit is spent mocking his own privilege (among other things, he says he wouldn’t last a day in Brooklyn with only twenty dollars in his pocket), Ansari is also defiant against the racism he experienced growing up in the South. Ansari jokes that his parents were trying to find a place that combined racism and horrible public schools in a “very unnecessary venn diagram.”  And while we don’t want to spoil the ending joke, let’s say Ansari and his parents weren’t going to just sit back and take the racism directed at them without fighting back.

Posted below is the clip from his Netflix special and a couple photos of Ansari’s parents hanging out with some of his very famous friends.

The Ansaris and the Carters at Yeezus last weekend. When my mom asked for this photo, @Beyonce said “It would be an honor.” Amazing. Happy Bey Day. Also shout out to my parents who I love very much. 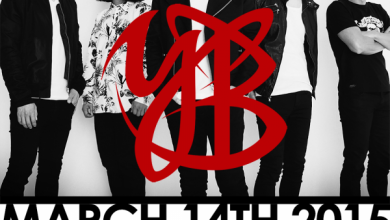 If you’re a fan of Korean rock music, then we have a treat for you! YB, one of the most well-known rock bands in South Korea, will be kicking […]