We were all sad to see the cast of the Parks and Recreation say goodbye to their loyal viewers during the series finale last week, but when one door closes another one opens. That certainly seems to be the case for 32-year-old actor and comedian Aziz Ansari. Not only does he have a Netflix stand-up comedy special on its way, Ansari also has a book coming out soon. And no, it’s not what you expect.

Many comedians, such as Mindy Kaling and Amy Poehler, release memoirs to give fans a look into their personal life. Ansari, on the other hand, is releasing a book called Modern Romance where he apparently recruits a sociologist to conduct studies on love and romance in this day and age.

“I had been starting to do this stand-up about dating and realized that the current romantic landscape is way different,” Ansari told TIME.  “All these very modern problems – like, sitting and deciding what to write in a text – that’s a very new conundrum.”

Ansari goes on to explain that while doing research for a stand-up bit, he realized he wanted the perspective of someone in the proper academic field to assess things like texting and how it can affect relationships. The result? A sociology book that has Ansari humor written all over it.

“I want to be clear: The book is not, “It’s crazy! We have phones now!” The changes are far beyond the technology,” Ansari explains. “And marriage, not that long ago, was an economic institution where two families would come together to bring their wealth together. The whole idea of finding a soul mate only became a thing in the past 100 years. So the whole redefinition of what marriage is – nobody’s really written this comprehensive book about this kind of thing. I think it’s really funny and very interesting.”

Needless to say, the book certainly shows plenty of promise. Modern Romance hits bookshelves on June 16th. You can learn more about the book here on the official website.

In the meantime, check out Ansari on The Tonight Show talking about how text messages have changed the dating game. We wouldn’t be surprised if this stuff shows up in Modern Romance. 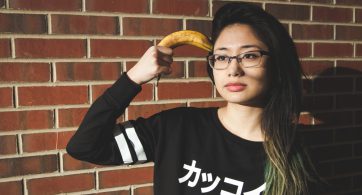