If you’re a fan of Korean rock music, then we have a treat for you! YB, one of the most well-known rock bands in South Korea, will be kicking off their 20th anniversary as a band by performing at Hollywood’s famous rock club Whiskey a Go Go on March 14 at 8 p.m. And we’re giving away two pairs of tickets to the showcase!

Two lucky winners will get the chance to see YB perform new songs from their upcoming English-language album before the band heads to the SXSW Music Festival in Austin, Texas.

We will be choosing one winner from Facebook and one from Twitter. Here’s how to enter for your chance to win tickets:

2. Tweet this message:
“I want to win tix to YB’s showcase at Whiskey a Go Go from @KoreAm. http://goo.gl/Jdkgle“

3. We will pick a winner through a random result generator. The winner will get 2 tickets to the showcase.

2. Tells us why you want to see YB perform live at the showcase in the comments.

3. We will pick a winner based on the creativity of his/her answer. The winner will get 2 tickets to the showcase.

Winners will be notified via Twitter or Facebook on Monday at 5:00 p.m. PST. Tickets can be collected through will call.

– Contestants must be at least 21 or older and live in the Los Angeles area to apply.
– The tickets are non-transferable.
– Transportation will not be provided.
– If selected, please bring your ID to the event.

You can park your car at a valet lot directly behind the venue, with the entrance located through the alley on Clark St. 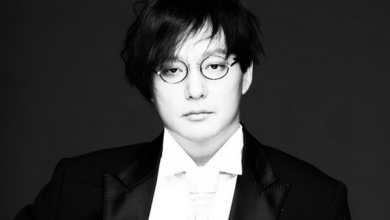