Ever since hip-hop took off in the South Bronx in the 1970s, rappers around the world have embraced the music and culture, with many carving out their own identities and establishing themselves as mainstream stars.

But what about Asian American rappers? Though several have stomped onto the scene, from pioneers such as the Mountain Brothers, Jin and Lyrics Born, to stars of today including Far East Movement and Jay Park, these aren’t the names that we immediately associate with hip-hop in mainstream American culture.

Why not? Is it a lack of support? Their appearance? Not having that breakout hit? Filmmakers Salima Koroma (director/producer) and Jaeki Cho (producer) are looking to explore that question with Bad Rap, a new documentary about the Asian American presence in hip hop.

Bad Rap focuses on the perspectives of four Asian American rappers: Dumbfoundead, Awkwafina, Rekstizzy and Lyricks. Each has their own story, style and attitude, but they all share the same goal: to make it big. Yet they all encounter challenges in a culture that still expects them to fit the model minority stereotype.

As of now, Koroma and Cho are looking to add on their 40-minute film, and they are asking for support via Indiegogo. All proceeds will go towards adding more content to complete a 70-minute feature, as well as finalizing the film for its eventual premiere.

The idea for Bad Rap began with a “mutual obsession” with hip-hop. Koroma first reached out to Cho, who had written a piece on K-pop star G-Dragon when she was searching for a subject to cover for her thesis at Columbia University. Cho’s journey with hip-hop began with listening to Drunken Tiger when he was 10 years old, and that led to a career in music journalism. 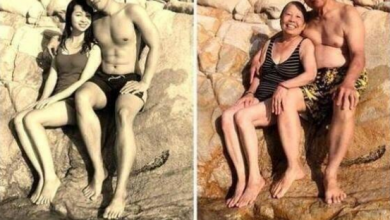 For this week’s #tbt, we decided to showcase the “adorable image of the day” from last month. Why? We still can’t get over how cute this is. Some say […]