It came as a surprise to many when Disney in 2013 announced plans to adapt Marvel’s Big Hero 6 into a 3D computer-animated film, it being the first animation project to spawn out of the studio’s acquisition of the comics publishing giant four years prior.

The crime-fighting series about a young robotics prodigy and his robot companion set in a futuristic city called San Fransokyo was considerably more obscure compared with other Marvel comics.

Yet when Big Hero 6 hit theaters in early November, adults and children alike fell in love with the characters. (Young protagonist Hiro Hamada is voiced by the half-Japanese American actor Ryan Potter, while Korean American actors Jamie Chung and Daniel Henney also lent their voices to the film.)

The visually stunning final product audiences got to see was thanks to imaginative Disney animators behind the scenes who helped translate the comic book characters to the big screen.

“Those little subtleties—[they’re] almost like a musical beat,” says Hyun-min Lee, 33, an animator for Big Hero 6 who worked primarily on scenes for Baymax, the polite and adorably clumsy blimp-like robot. “It’s about where you can hit those [notes] and really influence how people will read [a character]. It’s like an experiment almost, playing around with that subtle timing.”

A scene from Big Hero 6. Photo courtesy of Disney.

Both Lee, 33, and the lead character designer for Big Hero 6, Shiyoon Kim, 31, have been involved in some of Disney’s most successful animated features during the studio’s “neo-renaissance” period. Lee has animation credits for The Princess and the Frog (2009), Wreck-It Ralph (2012), Winnie the Pooh (2011), last year’s Frozen, and the shorts Paperman and Feast. Kim joined Disney to work on Tangled (2010) and Paperman.

The Korean Americans, both alumni of the California Institute of the Arts, are just a few among a large team of animators at Disney linked to a period of creative resurgence that has introduced dynamic characters whose expression, movements and emotions give them personality and life.

Animation itself has come a long way since Disney’s first animated feature film, Snow White and the Seven Dwarfs, was released in 1937. Despite the advent of computer animation, said Lee and Kim in a joint interview, Disney’s studio remains faithful to detail since the hand-drawn days of yore, incorporating 2D animation along with 3D.

Both designers and animators need to flex their creative muscles, says Kim. For instance, in order to design Maximus, the sassy sword-wielding horse in Tangled, Kim observed different horse breeds at the equestrian center near Disney’ s Burbank, California studios before conceiving the initial designs for the character.

Kim faced a different kind of challenge when it came to the swashbuckling hero Flynn Rider from Tangled. “There was a lot of development [and] ideas on who this character was,” Kim tells KoreAm. “At the studio, the animators put all of their favorite, good-looking actors on a board. Everyone had their own opinion on what was good-looking.

“It was really interesting, because I think it’s a very subjective thing,” Kim adds. “I think where we landed was something appealing, and it fit right in with the story.”

For Lee, the challenge of working on Baymax was that the rotund character did not really have a face or many defining features. (The film reimagined the character as a round, white robot from a synthetic being who can transform into a fierce-looking green lizard, as he is portrayed in the comics.)

“Baymax was [both] the hardest and easiest [character to work on], because he’s so simple,” Lee says. “There’s a lot of subtlety that goes into his specific head angle, exactly when he blinks, [how] quickly he blinks, how many times he blinks. Does he cock his head to the side, or toward the front?”

By the time a character design reaches the animator’s desk, the storyboards are ready and the voice actors have recorded their lines, so it’s left to the animators to bring the film to life, a few seconds at a time.

“They sometimes let us be a little more free about coming up with the de- tails in the acting, which is kind of the fun part of it,” Lee says.

Of course, it’s not easy for animators to watch their own work; they are their own worst critics. “It’s extremely hard to watch the movie as it is, be- cause instead of the story and characters in the film, I see all the hard work that everyone put into this,” Kim says, of Big Hero 6. “I’m so very proud of them, and it’s a testament to the level of heart and passion that each individual has given to the film.”

Big Hero 6 received an Oscar nomination for best animated feature film. The feature will become available on digital HD & 3D on Feb. 3, 2015. It will also become available to own on blu-ray, DVD, digital SD and On-Demand on Feb. 24, 2015.

This article was published in the December 2014/January 2015 issue of KoreAm. Subscribe today! To purchase a single issue copy of the December/January issue, click the “Buy Now” button below. (U.S. customers only. Expect delivery in 5-7 business days). 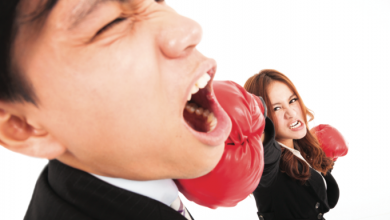 You may be familiar with the popular 2009 rom-com He’s Just Not That Into You. Basically, the film taught us that a) Ben Affleck is absolute perfection, and […]