Another day, another slay for the K-pop genre. K-pop is once again making headlines in the U.S., establishing its presence as an undeniable influence in American pop culture.

Billboard announced its newest award ceremony, “THE-K Billboard Awards” which hopes to highlight the achievements of K-pop artists.  The American music and entertainment magazine will hold the recently created award show on Oct.28 at 8 p.m KST. This year, a handful of popular K-pop artists, including BTS, Stray Kids, BLACKPINK, TWICE, TXT, and NCT 127 entered the top 20 of the Billboard 200.

Wonder Girls was the first K-pop group to make the Billboard Hot 100, doing so with “Nobody” in 2009. Since then, K-pop artists have made appearances on primary Billboard charts, and have seen dedicated coverage of the genre on the Billboard site since 2013. While BTS currently holds the record for most Billboard Music Award wins, collecting 12 trophies in the past several years.

The upcoming awards show will officially conclude the 2022 K-Culture Festival and will be streamed live from K-Culture Festival’s official YouTube channel. K-Culture Festival 2022 is a global festival that connects the world to Korean culture through K-pop, K-Food, K-fashion, and much more. This year, the festival featured popular K-pop groups such as NCT Dream, Monsta X, IVE, STAYC, Cravity, WJSN, ZICO, MCND, Blank2y, and Max.

For all K-pop lovers out there, be sure to tune in on the K-Culture Festival’s official YouTube channel for the live stream on Oct.28! 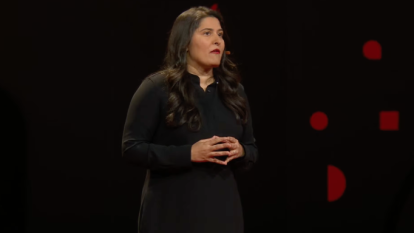 Another space adventure awaits with Pakistani-Canadian filmmaker Sharmeen Obaid-Chinoy at the helm of the spacecraft.