A BLACKPINK concert could be the only time for you to Blink without missing a thing.

It’s 8 p.m. on Wednesday, April 17. The Forum goes black, but pops of pink from the iconic heart-headed hammer BLACKPINK light sticks shine through the darkness. The crowd’s cheers grow louder and louder as Jisoo, Jennie, Rosé and Lisa rise from below the stage in a storm of brilliant pink smoke. Then in a burst of fireworks, the beat drops to the opening bars of “DDU-DU DDU-DU.”

Just weeks after toppling the previous YouTube records for fastest music video to hit 100 million views with their latest single, “Kill This Love,” and most viewed Korean music video on YouTube in 24 hours for “DDU-DU DDU-DU,” K-Pop girl group sensation BLACKPINK kicked off the North American leg of their headlining world tour in partnership with Kia at The Forum in Inglewood, California to a crowd of thousands of Blinks, their adoring fans.

The women of BLACKPINK, Jisoo, Jennie, Rosé and Lisa, have been topping charts and stealing hearts since 2016 when they broke into the K-pop scene with their debut single “BOOMBAYAH.” Since then, they’ve rocked stages in South Korea and Japan, and earlier this year they embarked on their world tour at locations across the globe: Bangkok, Jakarta, Hong Kong, Manila, Singapore, Kuala Lumpur and Taipei. Now they’re touring the United States and Canada from the West to East before flying across the Atlantic to Amsterdam, Manchester, London, Berlin, Paris, Barcelona, Melbourne and Sydney.

Even before the concert started, anticipation brewed at The Forum. Although numbering for general admission ticket holders started at 9 a.m., eager Blinks were spotted lining up as early as 5 a.m. (the venue discouraged fans from camping out overnight). By 2 p.m., general admission numbers had climbed into the thousands, and some people began to line up again, but activities like the merchandise booth and Kia Motors booth, featuring karaoke, dance and picture stations, kept Blinks busy as they waited for their favorite idols grace the stage at 8 p.m.

Under YG Entertainment, Jisoo, Jennie, Rosé and Lisa have made names for themselves both as not only the collective BLACKPINK but also as individual, world-renowned performers. As the visual and lead vocalist of the group, Jisoo brings fierceness to every performance with her smooth vocals and smoldering looks but also shines with her cute personality. Jennie is also a lead vocalist, but she’s also a lead rapper and the first of BLACKPINK’s members to have gone solo with her aptly named single, “SOLO.” Always seen sporting a cool and calm demeanor, Jennie seems like she was made for the spotlight. As the second youngest of the group, Rosé is one of BLACKPINK’s darlings. As a main vocalist, she always impresses with the crisp, slightly nasally quality of her voice which stands as one of the most distinct sounds in K-pop today. Finally, although Lisa is the youngest member of BLACKPINK, her status as the main dancer and lead rapper gives her an air of confidence that exudes through all of her appearances. Even outside of the K-pop circuit, she’s known as one of the top dancers of the generation.

At 4 p.m., Blinks entered the venue for the long-awaited sound check. After waiting for 20 odd minutes, excitement was still high when the first bars of “Really” dropped. The sound quality of songs a little raw, the dancing powerful, and the singing resonant, but reserved, BLACKPINK’s sound check allowed a couple hundred Blinks a far more intimate experience than they could have gotten from just the concert itself. After teasing Blinks with a few songs (“Really,” “See U Later” and “Kick It”) and thanking everyone for coming early, BLACKPINK returned backstage to prepare for the show.

After their opening number, BLACKPINK kept energy high with “Forever Young,” “Stay,” “Sure Thing” (a Miguel cover) and “Whistle” before stopping to address their fans. “It is such a pleasure to be performing at The Forum for the very first time,” said Rosé, smiling. “We know how much of a big deal it is, and I’m so super, super excited. This will be the starting point of our North American tour so I hope we all have a blast tonight.”

After a quick intermission, Jisoo captured the crowd with a cover of Zedd’s “Clarity.” Lisa followed with her signature dancing to MISO’s “Take Me” and Jason Derulo’s “Swalla.” As the only number to feature primarily dancing rather than singing, Lisa’s performance was refreshing.

Appearing in a cloud of smoke and sitting atop a staircase, Rosé followed next. Covering the Beatles’ “Let It Be,” Park Bom of 2NE1’s “You and I” and Taeyang’s “Only Look at Me,” she took the concert in a more mellow direction before Jennie returned decked out in red to sing “SOLO.”

For the remainder of the concert, BLACKPINK continued to deliver their signature passion and poise. Blink favorites that featured intense dancing and singing like “Kiss and Make Up” and “Really” rolled out one after another. During BLACKPINK’s third break of the night, instead of the live band swooping in to sustain the concert’s energy, a Kia sponsorship message played on the big concert screens. With the commercial’s runtime totaling around four minutes, longer than many of BLACKPINK’s bops, Blinks were extra pumped when BLACKPINK reappeared to the first piano bars of “Playing with Fire.”

Another highlight of the night was the fan video compilation, made of up videos from Blinks around the world for a campaign called “Blinks Are the Revolution.” The compilation featured dancing and singing covers from Blinks of all ages, stop-motion animation, and a scuba diver who held a sign underwater that read “Welcome to the Underwater Blink World.”

In true K-pop fashion, BLACKPINK closed out the night with an encore of “Whistle, “DDU-DU DDU-DU” and “Stay,” and to commemorate their first U.S. performance, BLACKPINK invited Blinks to join them for a big group selfie. A sea of screams erupted from the crowd as everyone in the sold-out arena tried to squeeze in for the picture.

K-pop was made to be an international sensation, there’s no doubt about it. From Big Bang to BTS, the Korean music industry has cultivated an image of Korean culture so strong that it’s hard to believe that K-pop as we know it today didn’t exist twenty years ago. BLACKPINK debuted as a group born from the shadow of their 2NE1’s success. Both groups featured an edgy concept appealing to a wide demographic, but in the digital age where music can be instantly streamed from a multitude of platforms, BLACKPINK has captured a wider audience than their predecessors could have ever dreamed of.

The continuous sea of pink that lit The Forum throughout the night of BLACKPINK’s In Your Area world tour proved that K-pop isn’t going away anytime soon—BLACKPINK isn’t just in your area, they’re taking over the world, one stage at a time. 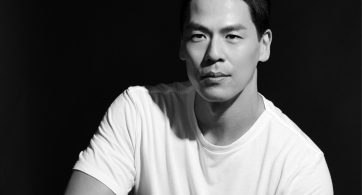 Like most Asian American boys of the strip mall-dojo generation, Rich Ting grew up wanting to be Bruce Lee. Before he knew how to read, the future taekwondo black […]