NBC just announced that in the show’s 45th season, “Saturday Night Live” is getting its first ever Asian regular cast member. And the honor goes to none other than renowned comedian, actor and writer Bowen Yang. Yang first appeared on “SNL” as Kim Jong Un, in a sketch segment with host Sandra Oh (“Killing Eve”), and he’s written over 20 episodes of the late night variety show. He also co-hosts the popular podcast “Las Culturistas,” and was one of the writers of the 2019 Golden Globe Awards. On-screen, Yang has appeared in the film “Isn’t It Romantic?” (2019). “SNL” will return on Saturday, Sept. 28, with Woody Harrelson hosting and Billie Eilish as the musical guest.

In addition to Yang, two more newcomers are joining the cast: improv performer Chloe Fineman, and stand-up comedian Shane Gillis. The news comes in the wake of the announcement that fan-favorite Leslie Jones is departing the show, but the new cast members are sure to step up to the plate. 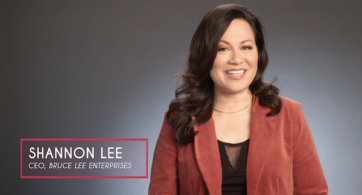 Are you a filmmaker of Asian and Pacific Islander descent waiting for that big break? Have you made an amazing short film that you’re dying to showcase—especially on a […]