When actor Vineet Chhibber first began auditioning for roles, there was one time he was asked to make out with a camel. “They would tell me, ‘It’s just comedy; it’s funny. Like ha ha, make the brown guy do this weird thing with a foreign animal.’” said Chhibber, a.k.a. Vinny. But he quickly realized that on top of being this ridiculous and demeaning ask, the character played into every possible racist Indian trope there is. “The number of times I’ve been called Apu is nuts, but now I’m in a position where I can say, ‘No thank you, not interested,” Chhibber said.

Chhibber will be starring as Liam Bhatt, a gay, Muslim Indian American schoolteacher in “The Red Line,” a new series produced by Ava DuVernay and Greg Berlanti set to air on CBS starting April 28. The story follows three Chicago families mourning the death of an unarmed African American doctor who was shot by a white policeman. It’s the type of progressive opportunity Chhibber has been waiting for.

“Storytelling is a superpower,” said Chhibber. “It helps people develop empathy for one another and feel safe having conversations when they have nothing in common. For me, even though our show starts off with this incredibly violent act, the hope is that they see themselves in every character, regardless of gender, race and orientation.”

When asked to recall his early role models, all that was said was a resounding “Um.” Chhibber grew up watching shows like “The West Wing,” “Beverly Hills,” “90210” and “Dawson’s Creek”—stories that were as white as his hometown of Point Pleasant, West Virginia. “Multicultural week was when my mom would come to school to visit,” said Chhibber.

Nowadays, Starbucks sells golden milk teas with turmeric.“I guess it’s trendy now,” said Chhibber, laughing at the irony. But growing up in a predominantly white school, his Indian heritage was what set him apart as a kid—Hindi and any hint of Indian culture felt like kryptonite to him.

Chhibber found his place in high school theater. What started off as his favorite period in school developed into a mission to become a full-time working actor, despite what little representation he saw on screen. After graduating from high school, he attended the Stella Adler Studio of Acting in New York City, despite his parents’ protests. Chhibber chose to financially support his endeavor himself—he wanted to prove that he could make it on his own. So he picked up three jobs, two of which were at local bars, and another as an administrative assistant for the school. “It was really hard,” said Chhibber. “There was a time when I didn’t have enough money to pay for the ticket to get back from the city, so I slept in Penn Station. My parents were mortified. But it was important to me. You have to be willing to do what it takes. You have to have some sense of tenacity because it’s not going to get any easier.”

After graduating from Stella Adler in 2007, he moved to Los Angeles, where it seemed like every show wanted to cast him as an “Apu” type. He got his first break as Meathead #2, a fraternity member on the TV show “Chuck.” “I remember walking into the room, and I was the only person who didn’t look like your stereotypical white guy,” said Chhibber. “I thought there was no way that they’re going to cast me, but they did, and I called my parents saying I’m gonna be on TV for like five minutes.”

Since then, Chhibber has racked up a considerable amount of acting and writing credits, and founded a couple initiatives based on his mission of creative activism. In 2014, he started the production company Chhibber Mann Productions with producer Mike C. Manning. Its 2017 film “Lost in America” documents the epidemic of youth homelessness that plagues this country. The documentary’s roster includes Halle Berry, Tiffany Haddish and Rosario Dawson. In 2015, Chhibber founded Ammunition Theatre Company with “The Magician”’s Arjun Gupta. It partners with a different philanthropic organization every year to promote diversity in entertainment. With their first partner, the nonprofit My Friend’s Place, Ammunition planned and conducted weekly theater workshops for homeless youth that culminated in the creation of a story that the students developed themselves.

Needless to say, Chhibber no longer needs to debate whether making out with a camel will help or hurt his career, not that he ever really considered it to begin with. “I personally could never do that, but I’d never knock someone who does,” said Chhibber. “It’s already hard as it is to get your foot in the door as an actor. Who am I to judge? But what has stuck with me, and always will, is what Ava DuVernay once said: ‘If your dream is only about you, it’s too small.’” 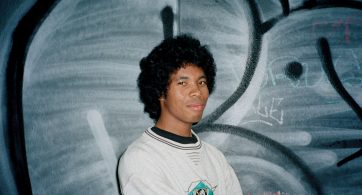 Whether it’s a tornado of screaming fans moshing to the rapid rhythms of his drums or the screech of his skateboard grinding against a 20-foot-long metal staircase rail, sound […]