An international cast has been set for the Cinemax period crime drama “Warrior,” inspired by original material by martial arts legend Bruce Lee.

Set in San Francisco’s Chinatown following the Civil War, the series follows a young martial arts prodigy — played by Andrew Koji — and a slew of colorful characters who live in the city as the Chinatown Tong Wars run rampant.

The series is produced by Justin Lin and Jonathan Topper, with the help of Shannon Lee, Bruce Lee’s daughter. It’s slated for a late 2018/early 2019 release.

Cinemax ordered a pilot for the series back in August last year. The material that inspired the show was written by Bruce Lee in the 1960s, and found by Shannon Lee in 1973 following his death.

“As ‘Warrior’ comes together, I can’t help but feel the pride of correcting a wrong and helping bring Bruce Lee’s dream project to life,” Lin said, according to Deadline. “The martial arts genre a lot of times has been relegated to B-level action. And that’s not something we wanted to do. Going off of Bruce Lee’s original material, we wanted to build something that is character-driven, that has important themes and that also takes place in a part of American history that rarely gets talked about. That to me makes it something you haven’t seen before.” 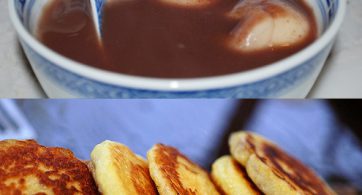 The seasons are changing, and we’re packing up our beach towels to make room for cozy sweaters and more nights in. What better way to welcome in the cooler […]