A crime drama inspired by original material by martial arts icon Bruce Lee, “Warrior,” has received 10 episodes straight-to-order from Cinemax, according to Deadline.

The show, which got a pilot order last year, is executive produced by Justin Lin and Jonathan Tropper (“Banshee”), in collaboration with Bruce Lee’s daughter Shannon Lee.

Set after the Civil War in San Francisco’s Chinatown, “Warrior” — which was a passion project of Bruce Lee’s in the ’60s — follows “a young martial arts prodigy [and immigrant] who … finds himself in the middle of the Chinatown Tong Wars.”

Tropper told Deadline the show will deliver “explosive martial actions action” with a focus on an immigrant’s life.

“I’ve always admired Bruce Lee for his trailblazing efforts opening doors for Asians in entertainment and beyond,” Lin said.

It seems Shannon Lee has been busy bringing her father’s legacy back on screens. Just last month, it was announced that she has written a Bruce Lee biopic, with the working title “Little Dragon,” set to be directed by Shekar Kapur in a U.S.-China-Hong Kong co-production. 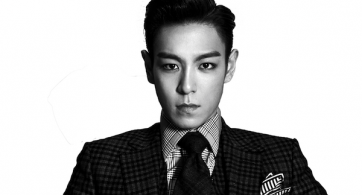 K-pop idol and BIG BANG rapper T.O.P. has been arrested for using marijuana, and the incident has the Korean entertainment world in an uproar. Marijuana is illegal under South Korean law, […]