Based on the writings of the late martial arts legend, “Warrior” will debut April 5 at 10 p.m. on Cinemax. The gritty, action-packed drama is set in San Francisco’s Chinatown during the Tong Wars—a series of violent gang conflicts that occurred during the late 1800s over disputes in territory, contraband and prostitution. The series is executive produced by Jonathan Tropper (“Banshee”), Justin Lin (“Fast & Furious 6”) and Lee’s daughter, Shannon Lee.

“Warrior” stars Andrew Koji (“Fast and Furious 6”) as Ah Sahm, a mysterious kung fu aficionado who travels to San Francisco from China to find his missing sister, Mai Ling (Dianne Doan). After overpowering a troupe of confrontational immigration officers, Sahm is inducted into one of Chinatown’s most powerful organized crime families. As he climbs the gang’s social ladder and earns the affections of a brothel’s madame, Ah Toy (Olivia Cheng), Sahm befriends the boss’s son, Young Jun (Jason Tobin), as the gang faces the possibility of an all-out opium war. On top of everything else, the Chinese population is being targeted by disgruntled Irish laborers, led by Dylan Leary (Dean Jagger) who feel that their jobs are being taken away by Chinese immigrants.

Featuring ten kung-fu-packed episodes and action scenes galore powered by the original ideas of Bruce Lee, the series serves as an exploration of what happens when Eastern ideas of honor meet the chaos of the Wild West. Check out the trailer below: 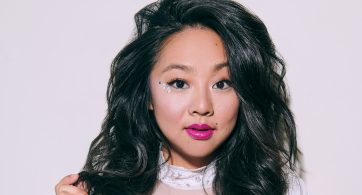 Stephanie Hsu had finally made it to Broadway. Years of toiling through casting calls and auditions and parts in Off-Broadway theaters had finally landed her a role on the […]