Attention all ARMY: This is not a drill. BTS will finally take their first break since their 2013 debut.

The mega-popular K-pop boy band issued an official statement on Twitter on Aug. 11 announcing their extended hiatus following their Lotte Duty Free Family Concert performance in Seoul. A statement from Big Hit Entertainment (BTS’ management company) detailed the need for the seven members’ well-deserved vacation. And on the off chance that you see BTS in public during their vacation? Big Hit asked fans to not disturb them while they spend time to “rest and recharge” and live like “ordinary people” during their time off.

While this news may disappoint those awaiting BTS’ next album, the band’s devoted fanbase has expressed nothing but joy and support on the Internet for the break. The alarming speed with which BTS produces albums, films, videos and performs on world tours have concerned many fans, who worry about the artists’ mental and physical well-being amidst their exhausting schedules.

Although Big Hit did not disclose the length of their hiatus, BTS can expect thousands of fans to be waiting with open arms for the group’s next comeback. 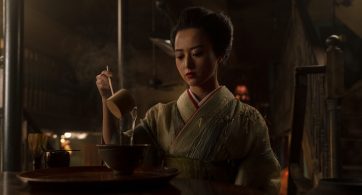 Who needs a haunted house for creepy-crawlies when you’ve got an internment camp? The second season of AMC’s prestige drama “The Terror” takes us back to one of the darker periods […]