With the help of massive fandom support, BTS made K-pop history Sunday night.

The seven-member boy band cemented its status as one of South Korea’s biggest pop exports by taking home the Top Social Artist award at the Billboard Music Awards, a first for any K-pop act.

Enthusiastic fans threw in their support for BTS to win the award — beating out names like Justin Bieber, Selena Gomez, Ariana Grande and Shawn Mendes — with a staggering 300 million votes online.

Rap Monster thanked fans in English and Korean during the band’s acceptance speech inside T-Mobile Arena in Las Vegas, Nevada. “We still can’t believe we’re standing here on stage at the Billboard Music Awards, oh my gosh,” he said.

“Most importantly, this award belongs to every [person] around the world that shines their love and light on us by the millions and make BTS proud,” he said.

The band saw love from press, from Vogue praising them as “the best dressed boy band” to TIME calling them one of the “best moments” from the awards.

The question now: Will BTS be the K-pop group to finally see success stateside, and break a barrier countless others have been unable to cross? 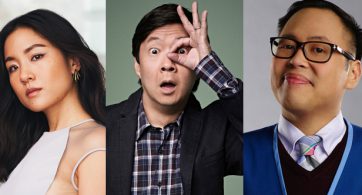 Just when you feel like you know the entire cast for Warner Bros. Pictures’ upcoming “Crazy Rich Asians,” a film adaptation of Kevin Kwan’s best-selling novel of the same […]