Just when you feel like you know the entire cast for Warner Bros. Pictures’ upcoming “Crazy Rich Asians,” a film adaptation of Kevin Kwan’s best-selling novel of the same name, a new cast member is announced.

As a way to keep you updated, here’s a list of who’s in so far!

A newcomer with travel host credits to his name and no prior film credits, Golding will play Nick Young, a New York professor who is heir to a massive Singaporean fortune, and who brings his American-born Chinese girlfriend Rachel, a fellow professor, along with him back home.

Wu, who is known for role as Jessica Huang in ABC’s comedy series “Fresh Off the Boat,” will be playing as Rachel Chu, a professor who’s Nick’s girlfriend.

Yeoh, the Chinese Malaysian actress who is best known for her roles in the James Bond film “Tomorrow Never Dies,” as well as in the martial arts classic “Crouching Tiger, Hidden Dragon,” will play Nick’s mother, Eleanor.

Jeong, who just saw his ABC show “Dr. Ken” canceled, will be joining the cast, but his role is currently not known.

Known for her roles in “Fantastic Beasts and Where to Find Them,” and “Human,” Chan will play as Astrid Leong.

New-York based rapper Awkwafina, known for her roles in “Neighbors 2: Sorority Rising” and “Storks,” is set to play as Goh Peik Lin, Rachel’s college friend.

Chieng, a senior correspondent on “The Daily Show,” is signed up to play a supporting role in the the film.

Santos, who currently co-stars as Mateo on NBC’s comedy “Superstore,” will be joining the cast — we don’t know what role he’s playing yet.

Yang, an actor and comedian best known for starring in the HBO comedy series “Silicon Valley,” is signed up to play a supporting role in the film.

Mizuno, who was in “Ex Machina,” will play Araminta Lee, the wedding’s bride.

The perfect watch ad pose. Except without the watch. . . #pose #rooster #hair

@alexvaughanphoto getting my serious face

It’s raining down on us and I am stepping out in style this NDP weekend decked out in #massimodutti and happy to say that the light jacket is coming in handy! Woooohoooo…bring on the celebrations! @dianaserlye where do we meet?#DressedinDutti #MassimoDuttiSG

Png, a Singaporean actor known for his roles in “The Eye” and “Chicken Rice War,” will play a supporting role in the film.

Have you got your copy of Elle Magazine? So blessed to be able to work with the wonderful team from Elle Singapore @ellesingapore @sharontulasidas @darylalexius @immichellebong @gandavid @agnesvive and Aik Chen Kudos to all the girl bosses out there. While I am enjoying just cruising and being thankful and content, my aspirations and dreams are plenty. Secret projects to be unveiled next year!!! As for kids, I’m always the biggest kid around. Stay curious and batshit passionate

Xie, a Singaporean actress known for her roles in “Rule Number One” and “The Golden Couple,” will play a supporting role in the film.

Thank you. Just…thank you @shiiiannn

Hua, a Singaporean actress known for her role as Margaret Phu in “Phua Chu Kang,” will play a supporting role in the film.

Lusi, who has been in projects like “Stan Lee’s Lucky Man” and “Survivor,” will play a supporting role in the film.

The film focuses on the life of Nick Young, a New York professor and heir to a wealthy Singaporean family, and his girlfriend, Rachel Chu, who is American-born Chinese. The comedy is being directed by Jon M. Chu, and will be filmed entirely in Singapore and Malaysia. 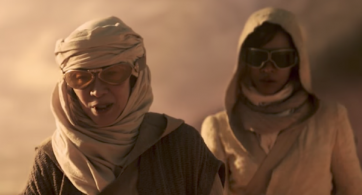