Also known as the Bangtan Boys, BTS debuted in 2013 with the song “No More Dream.” Their fame skyrocketed in 2016 with the release of “Fire” in May. The song charted at No. 1 on Billboard’s World Digital Songs chart and was one of the most viewed K-pop videos in that month, gaining over 100 million views on YouTube in 75 hours. In November 2017, they became the first K-pop artist to perform at the American Music Awards and won Top Social Artist at the Billboard Music Awards that same year.

“Burn the Stage” will focus on the group’s Live Trilogy Episode III: Wings Tour, which the Bangtan Boys kicked off in early 2017. The trailer begins with a laughing J-Hope and transitions into a montage of the band’s accomplishments, promising to be a show about the members’ “pain and gain.” 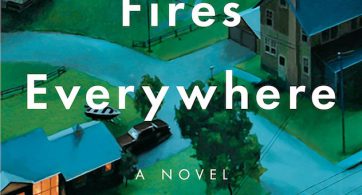 A limited series of “Little Fires Everywhere,” based on Celeste Ng’s bestselling novel, is on its way to Hulu. According to the streaming service Monday, which announced the straight-to-series […]