But wait. Is she?

It doesn’t take much effort to spot the blatant difference between Kaling’s cover compared to the others. Many upset readers have pointed out the very obvious difference that Kaling’s cover is the only one black and white. Sure, the actress still looks stunning, but why are the other women not also in black and white? Why did they feel the need to take away the color of the one woman who was not Caucasian?

Other readers have pointed out that while the other three actresses received full-body covers, Kaling’s cover is a cropped close up.

Is it a coincidence? Is it just chance that Kaling (who happens to not fit the stereotypical body size of American actresses) is the only one who doesn’t receive a full body cover? Is it mere coincidence that the one person of color gets the black and white photo? Did they simply fail to notice that the other three photos are consistent and similar while Kaling’s is not?

Tell us what you think. 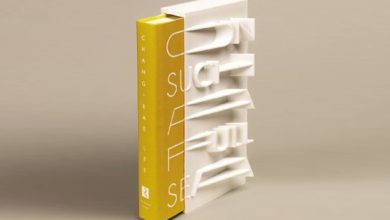 First there were 3D movies. Then there were 3D televisions and game systems. Now, apparently, there are 3D book covers. Riverhead books released “the first-ever 3D printed slipcover” for […]