One of Canada’s top television comedies, “Kim’s Convenience,” is headed to Netflix for U.S. and international audiences on July 13.

“Kim’s Convenience” is created by Ins Choi, who also wrote the play of the same name from which the series is adapted.

The show premiered in 2016 and in two seasons proved itself a ratings and awards darling, picking up accolades at the Canadian Screen Awards.

Liu made the Netflix announcement Friday on his Twitter. “Might get in trouble for this but I NEED TO LET YOU KNOW,” he wrote. “To all of our US fans that have been asking since day one; we’re FINALLY here!!!” 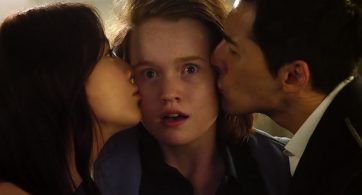 “Dramaworld,” the K-drama spoof that premiered its first season in 2016, is getting a 10-episode second season, according to Variety. The short series follows Liv Hewson as Claire, a college […]